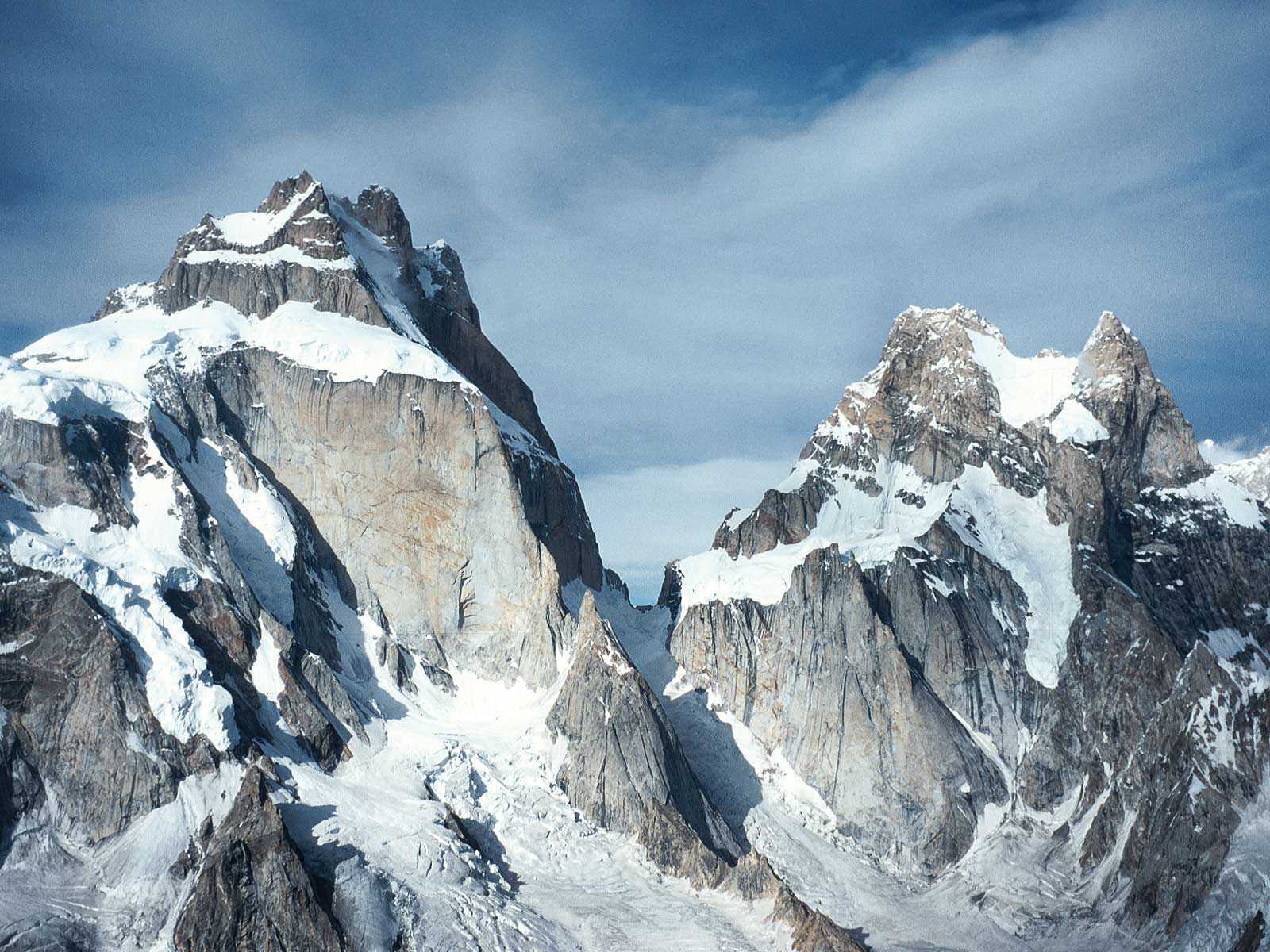 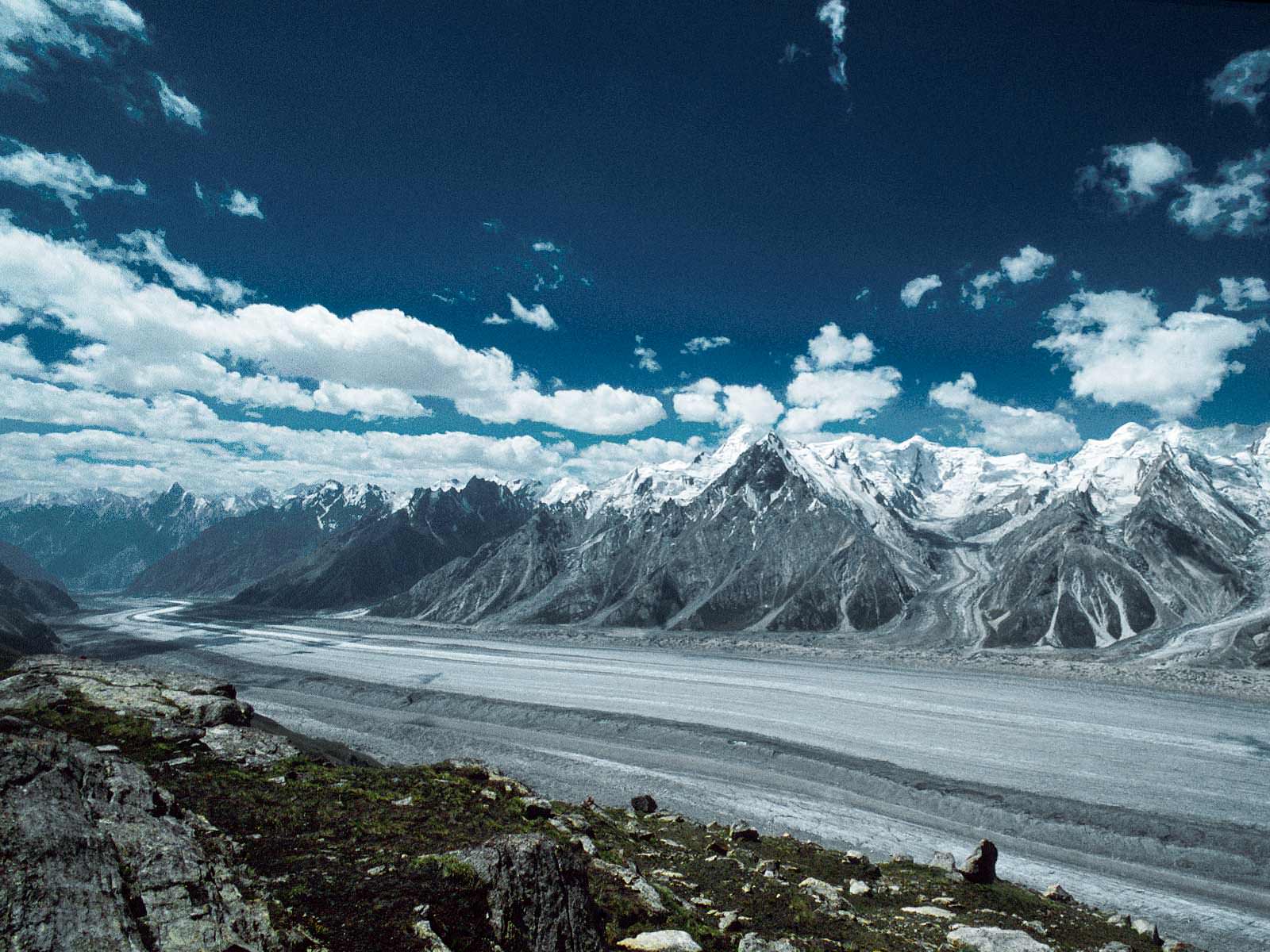 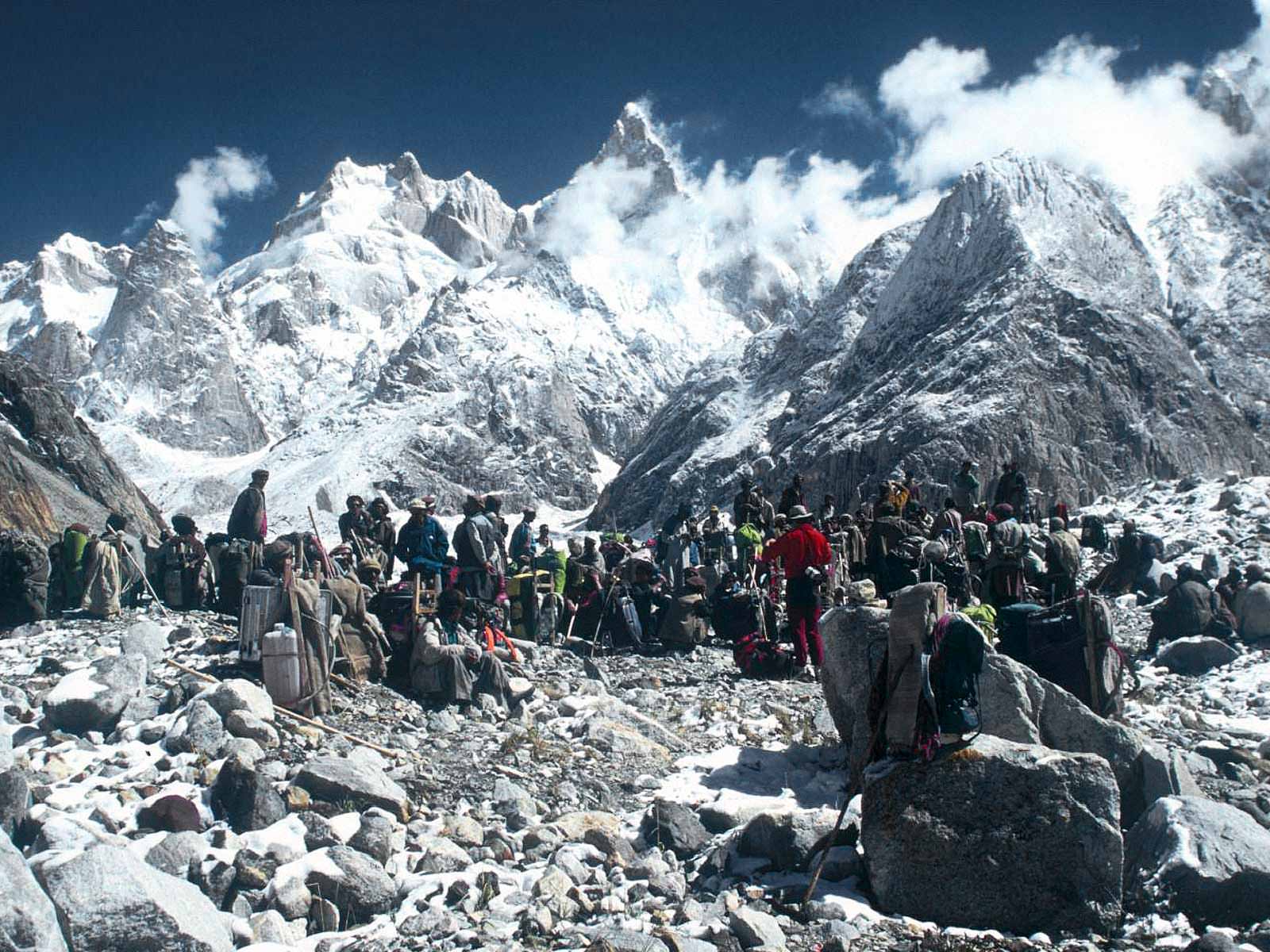 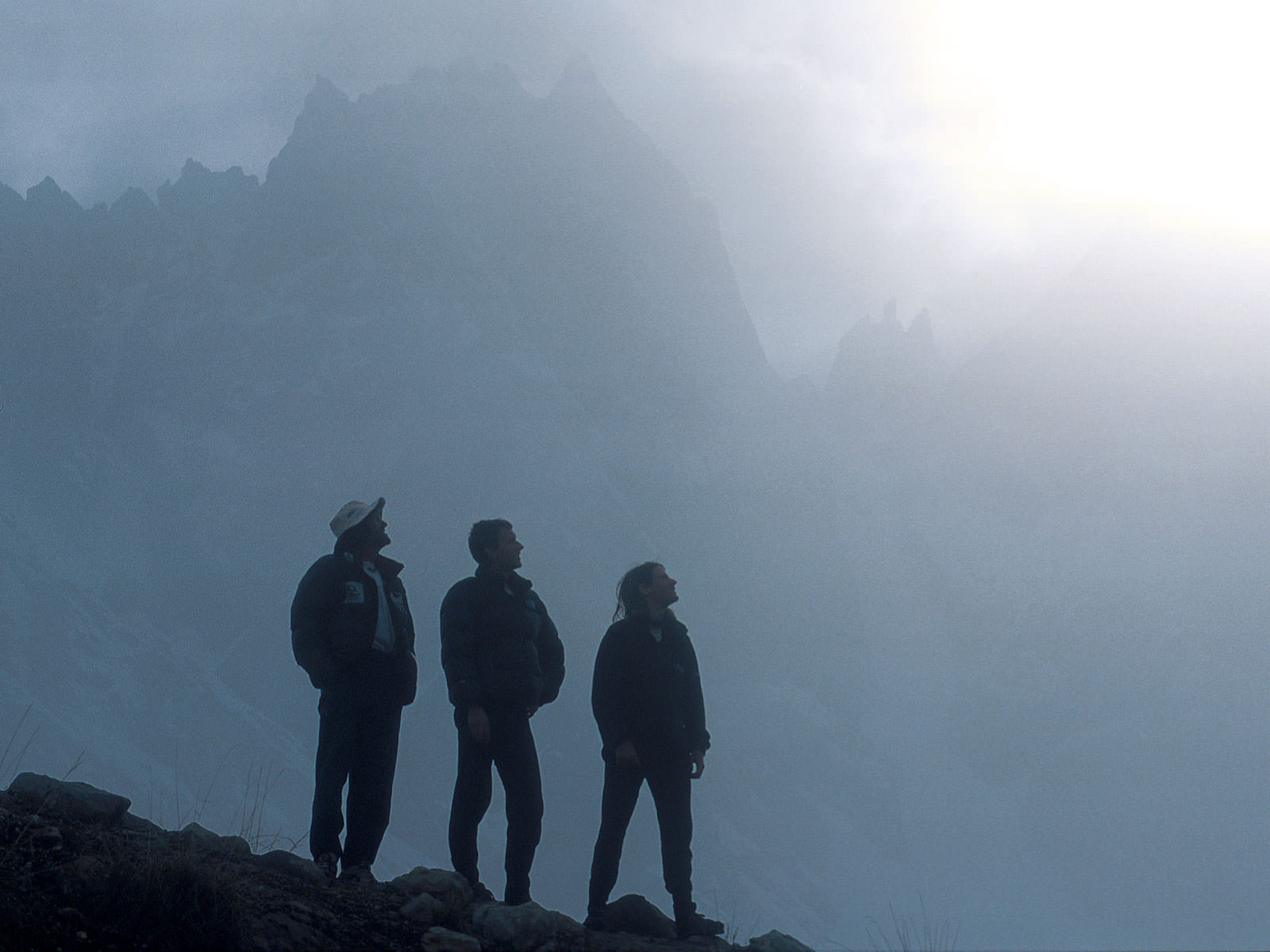 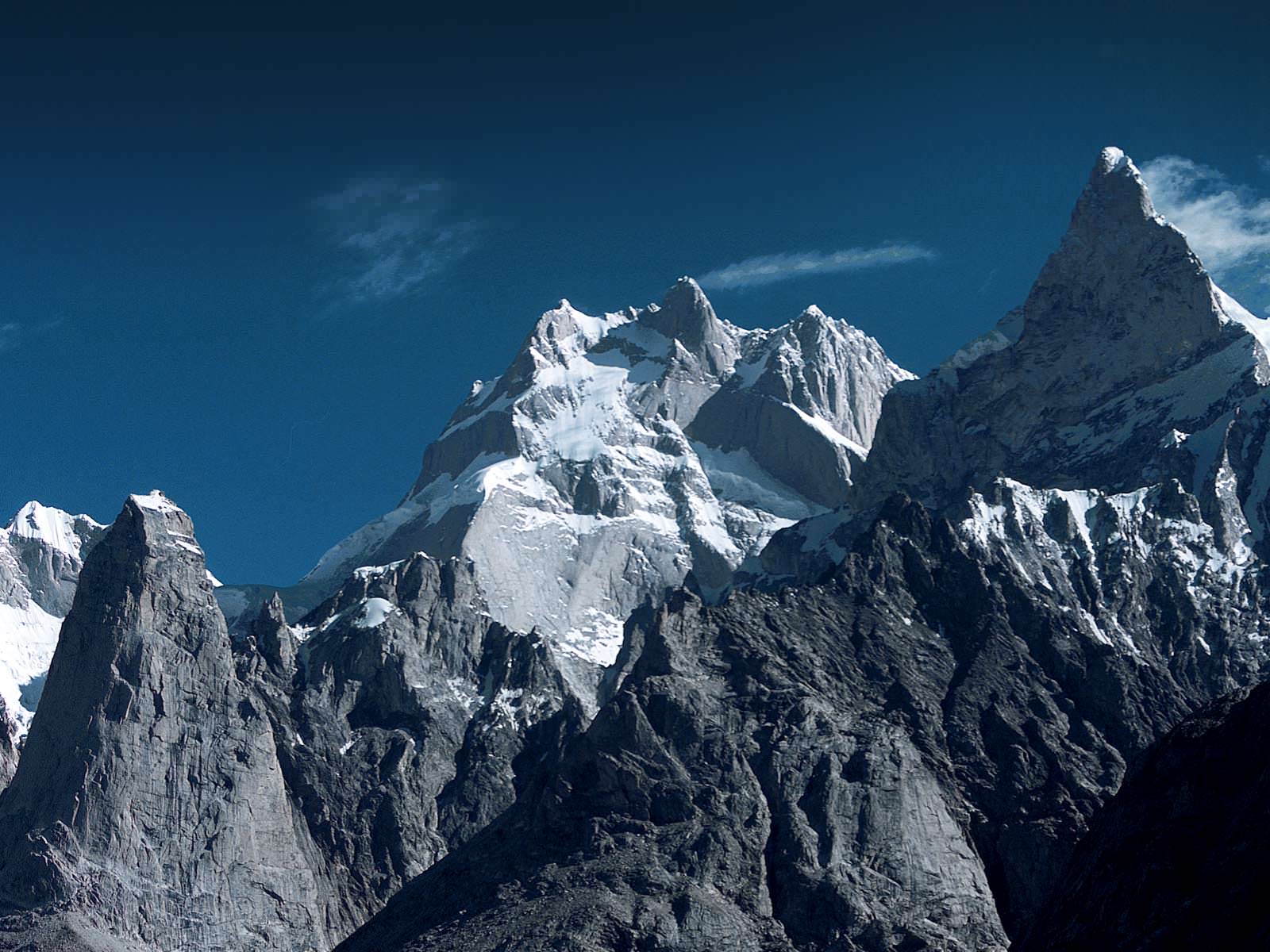 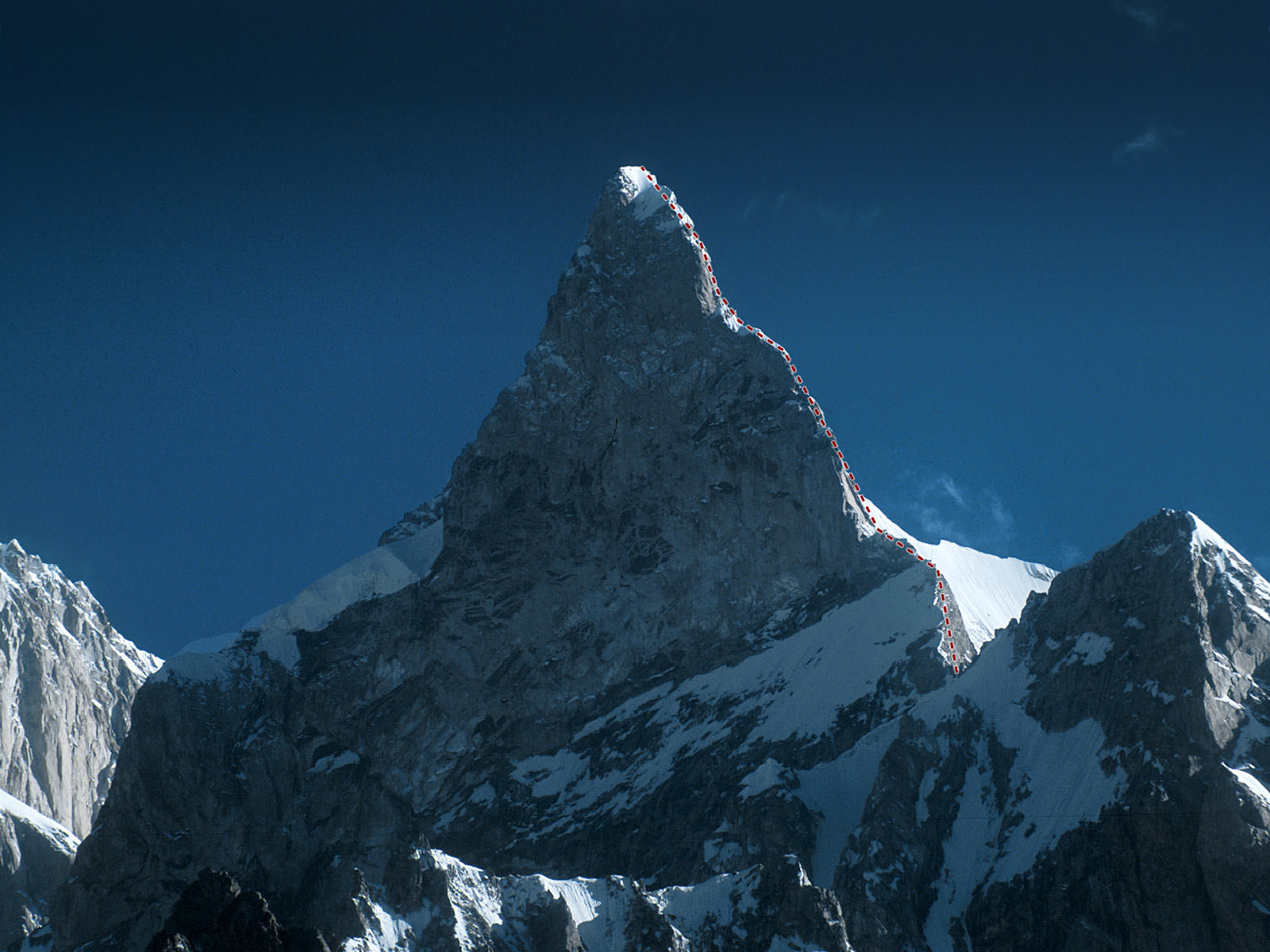 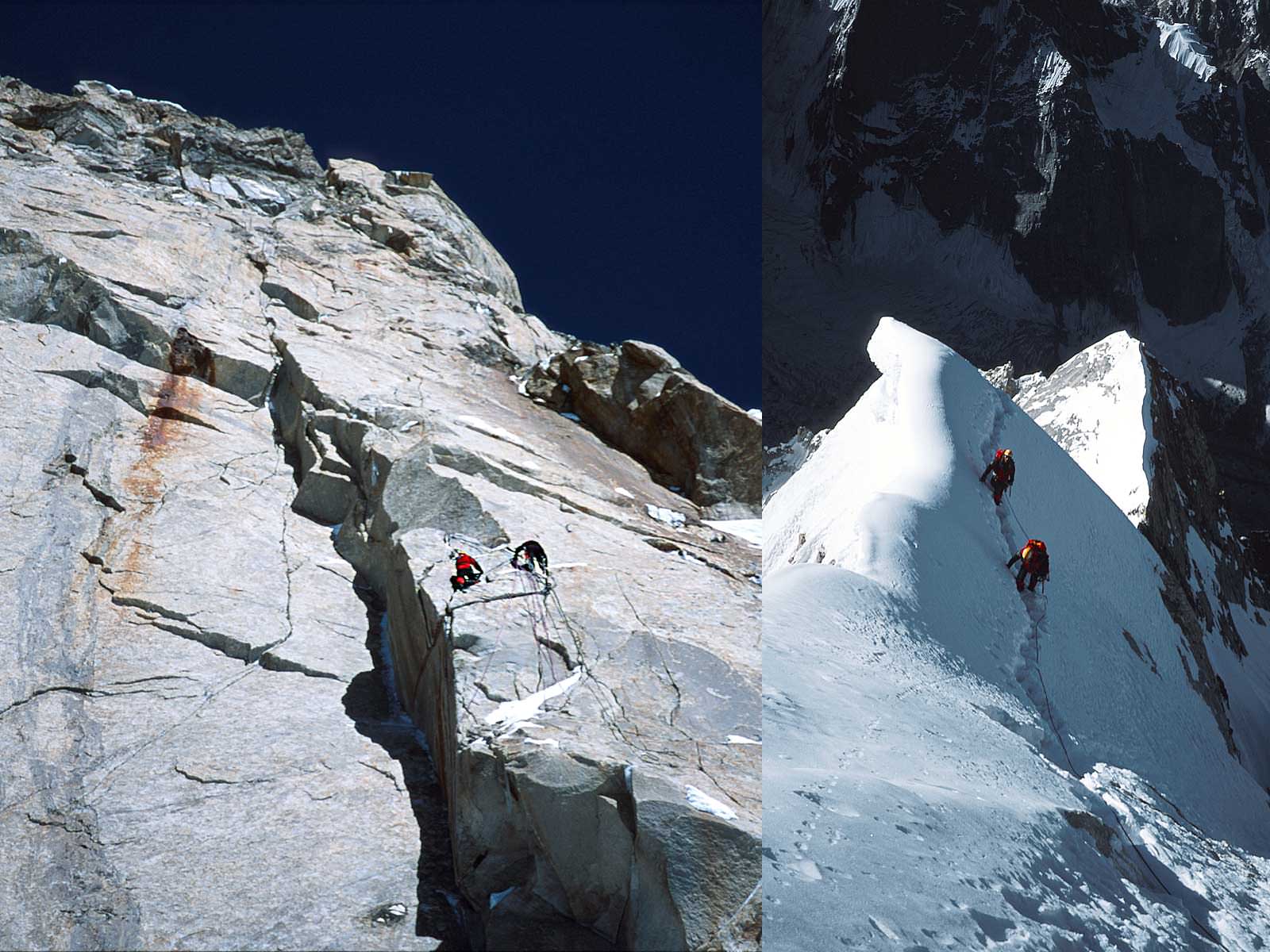 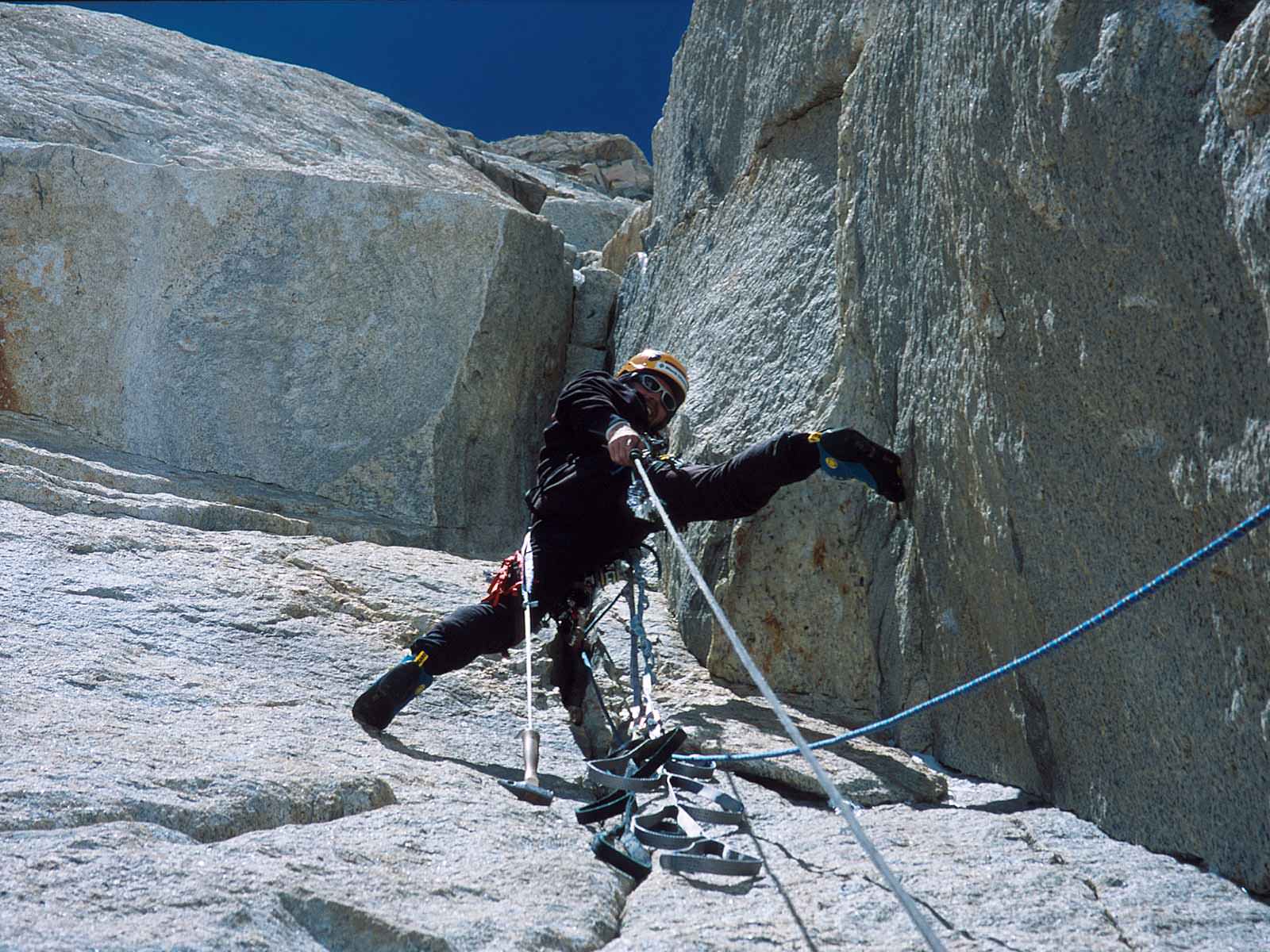 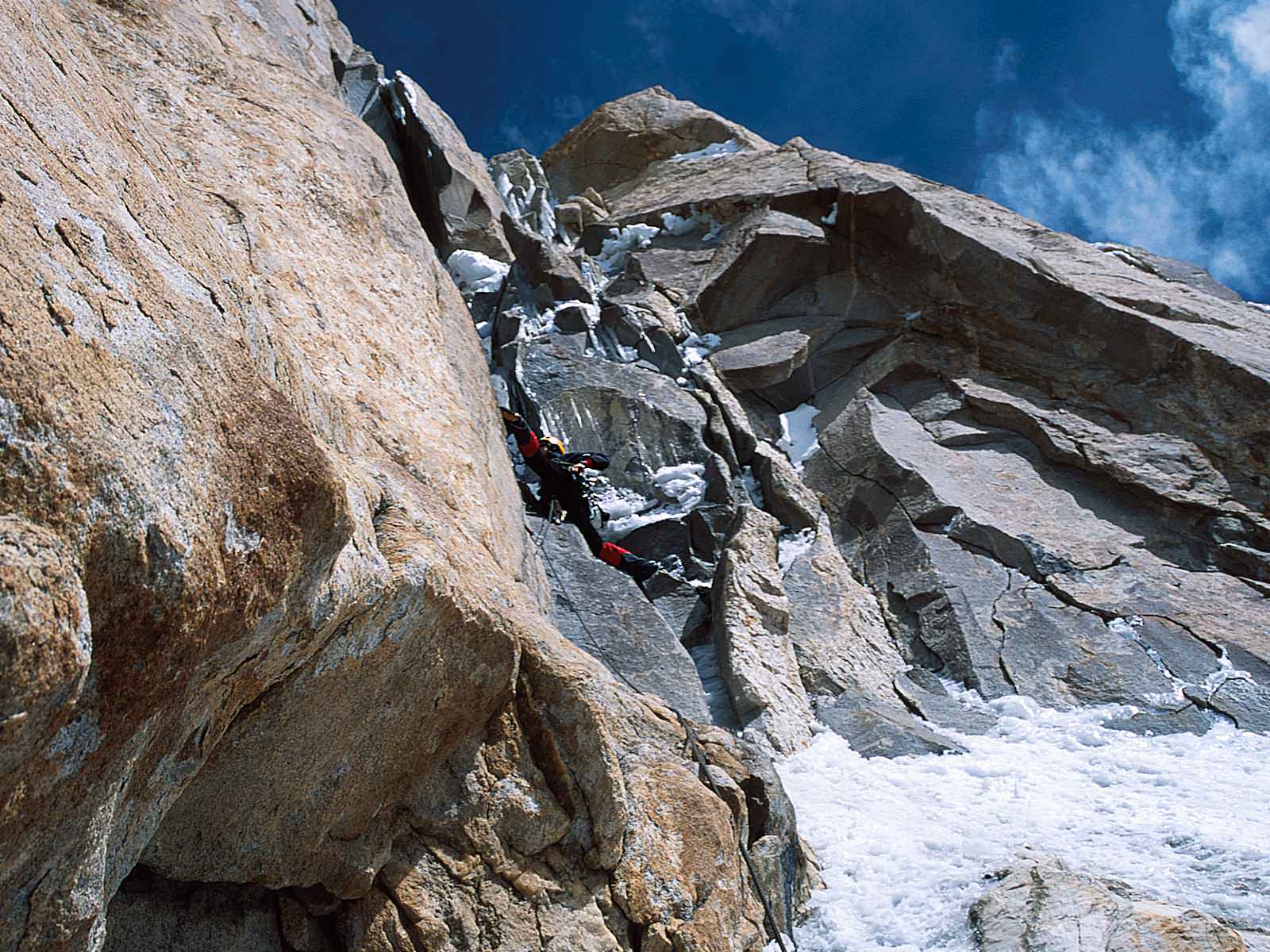 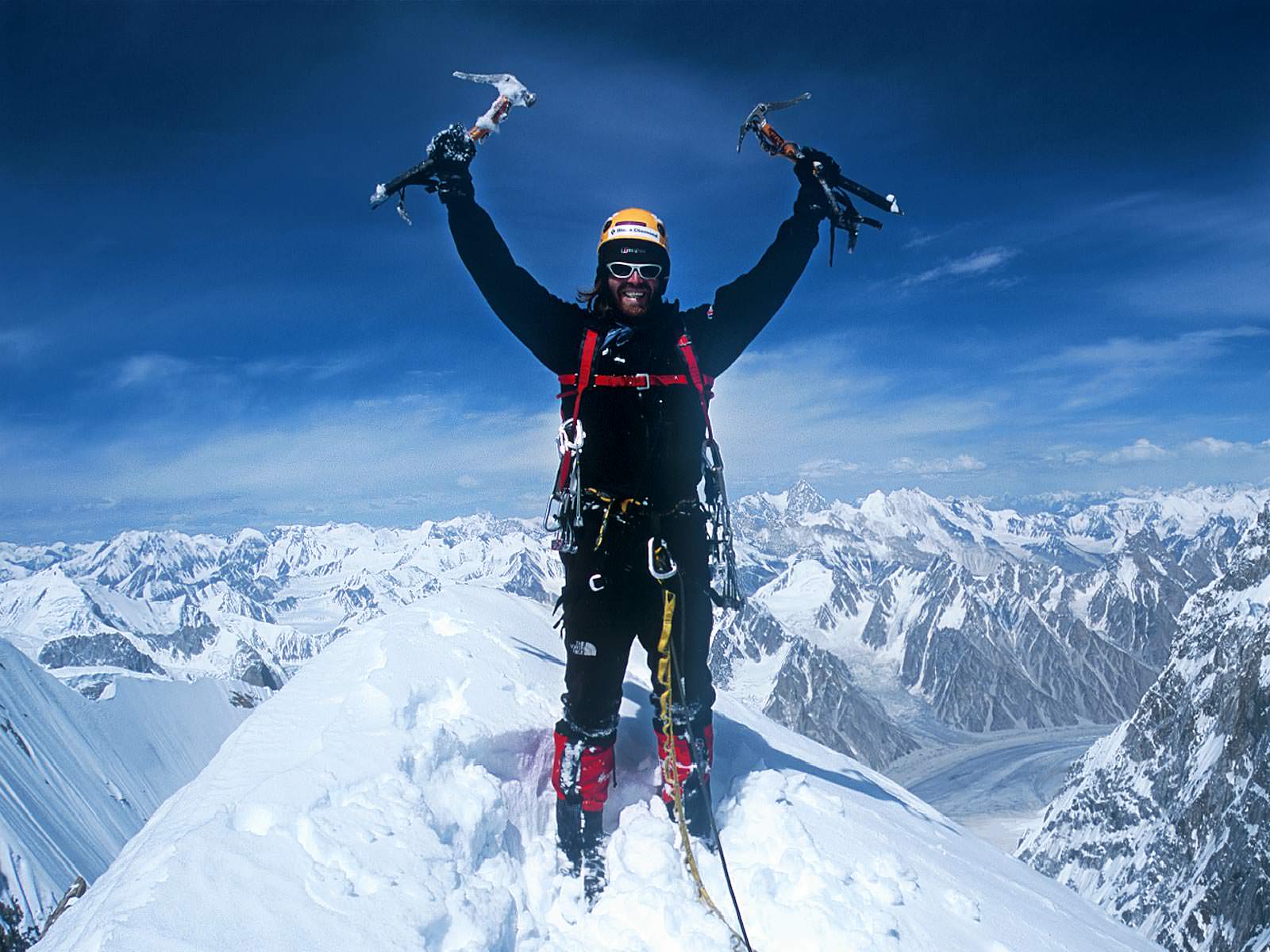 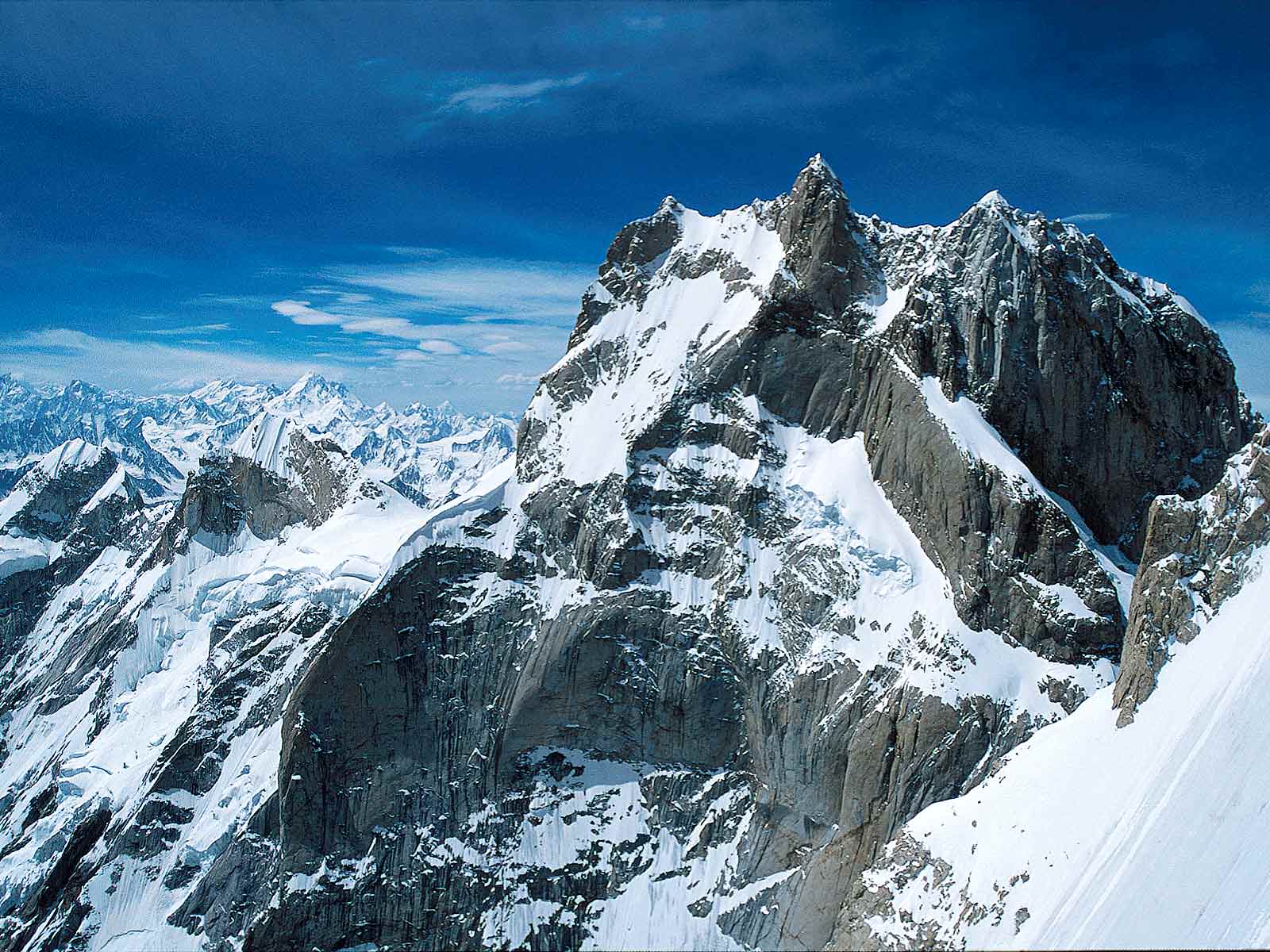 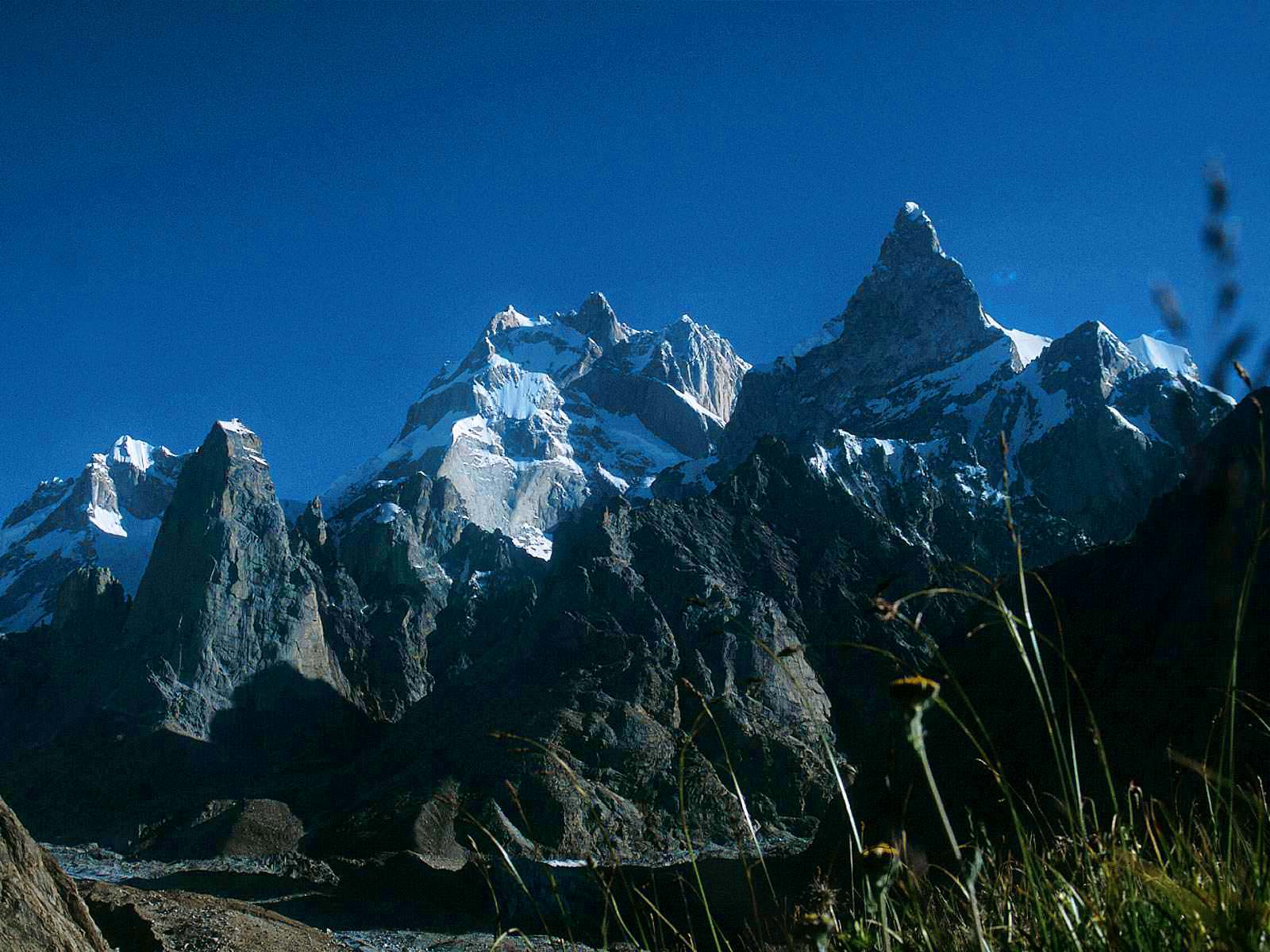 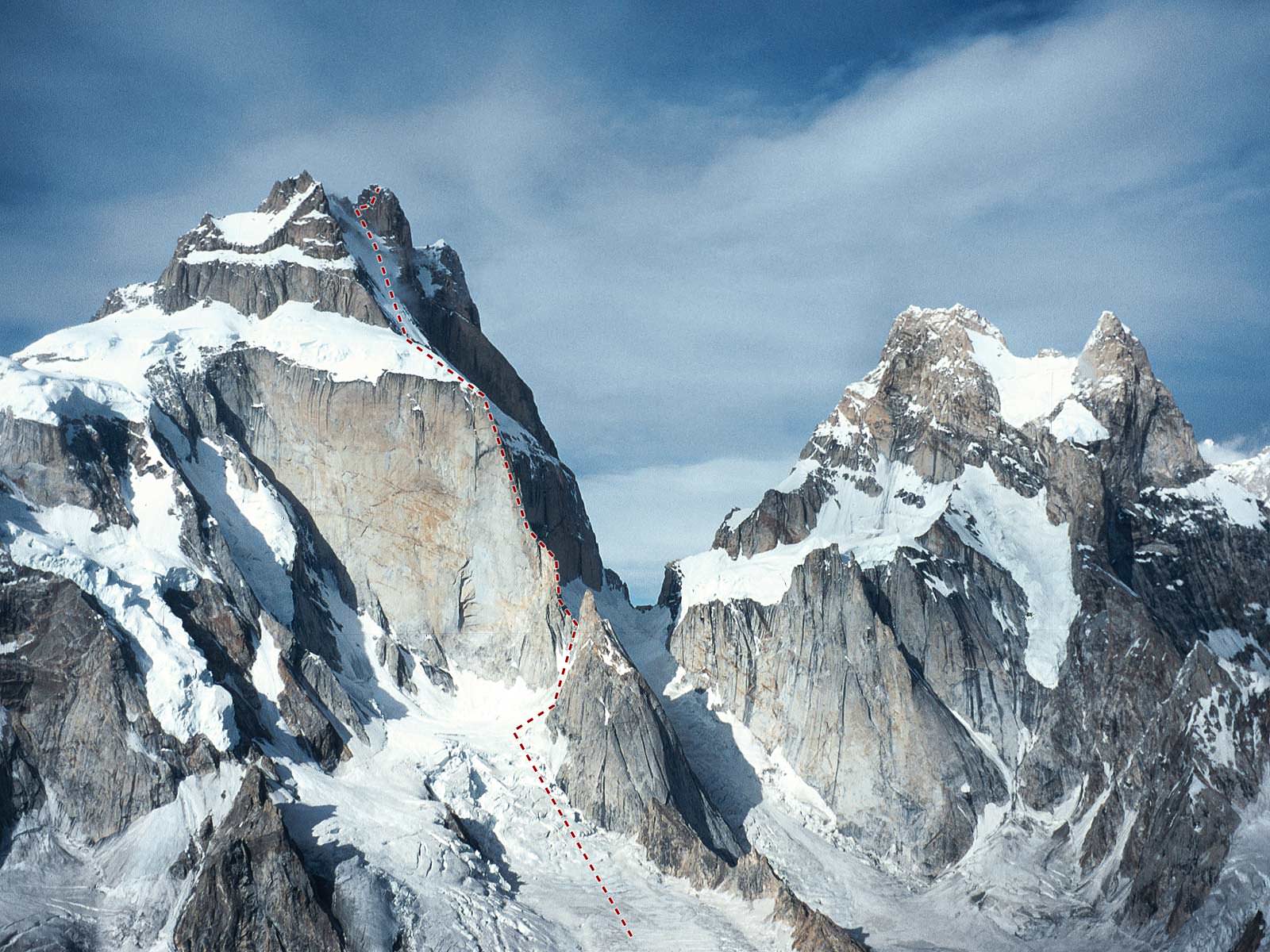 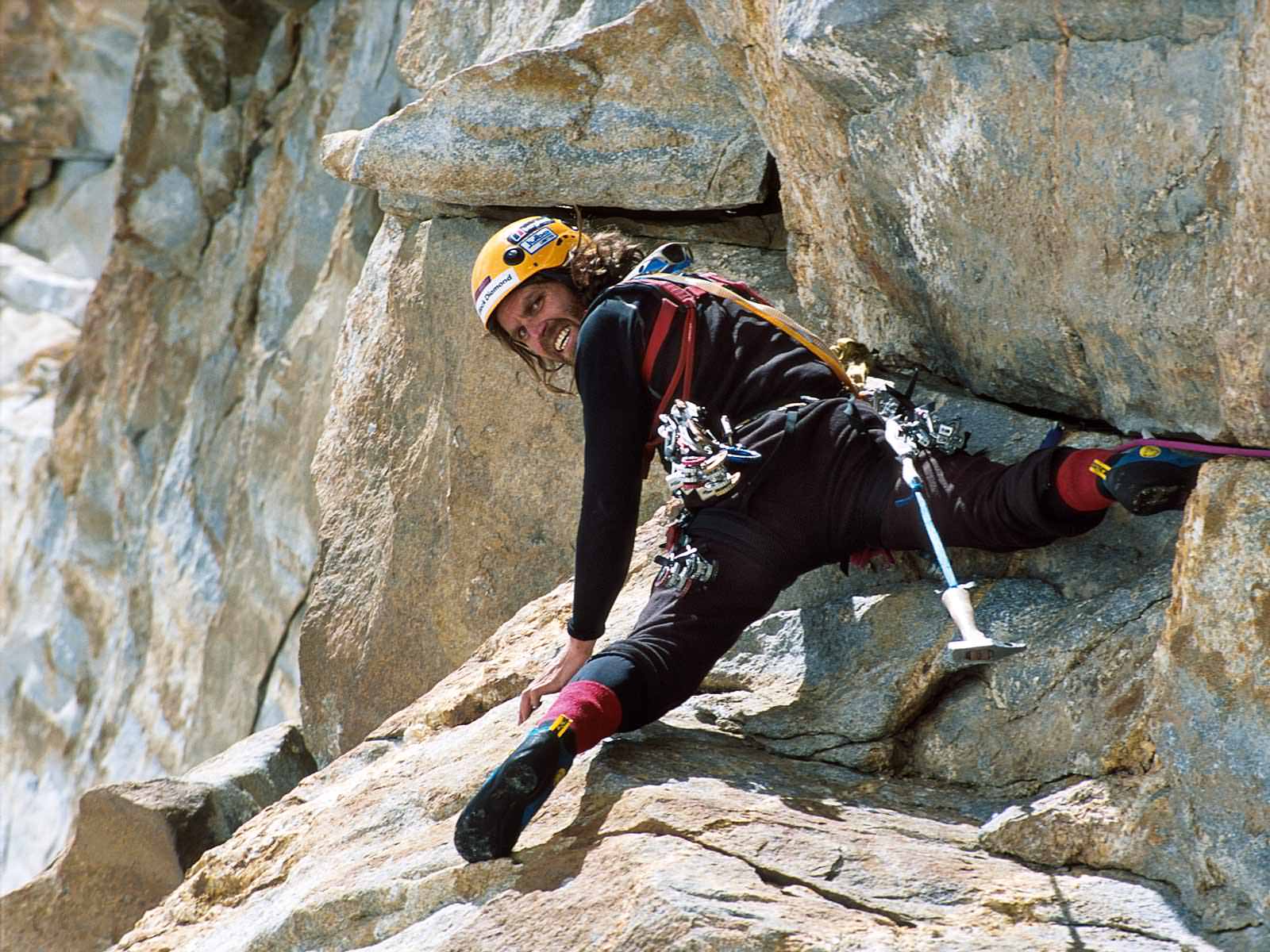 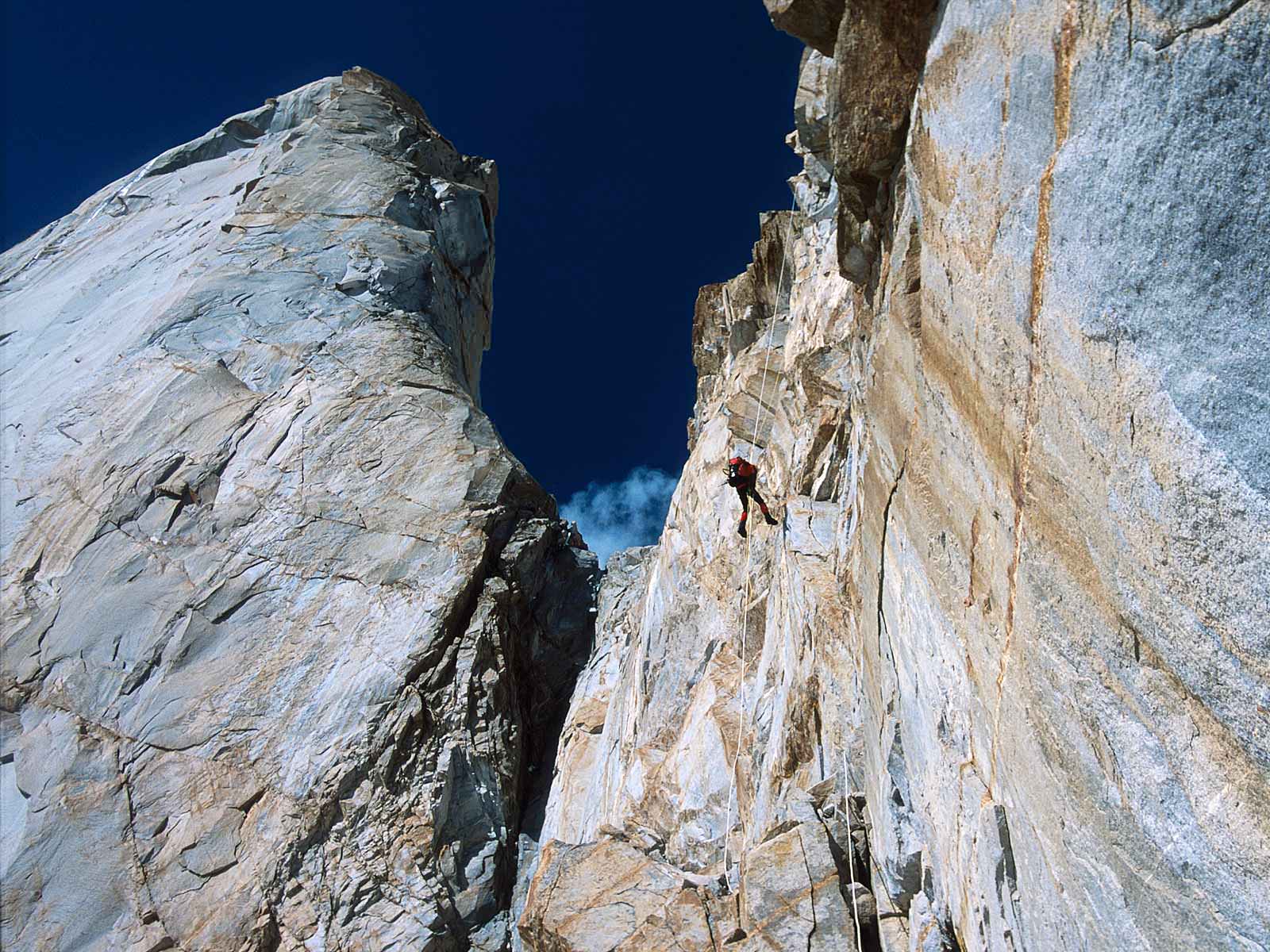 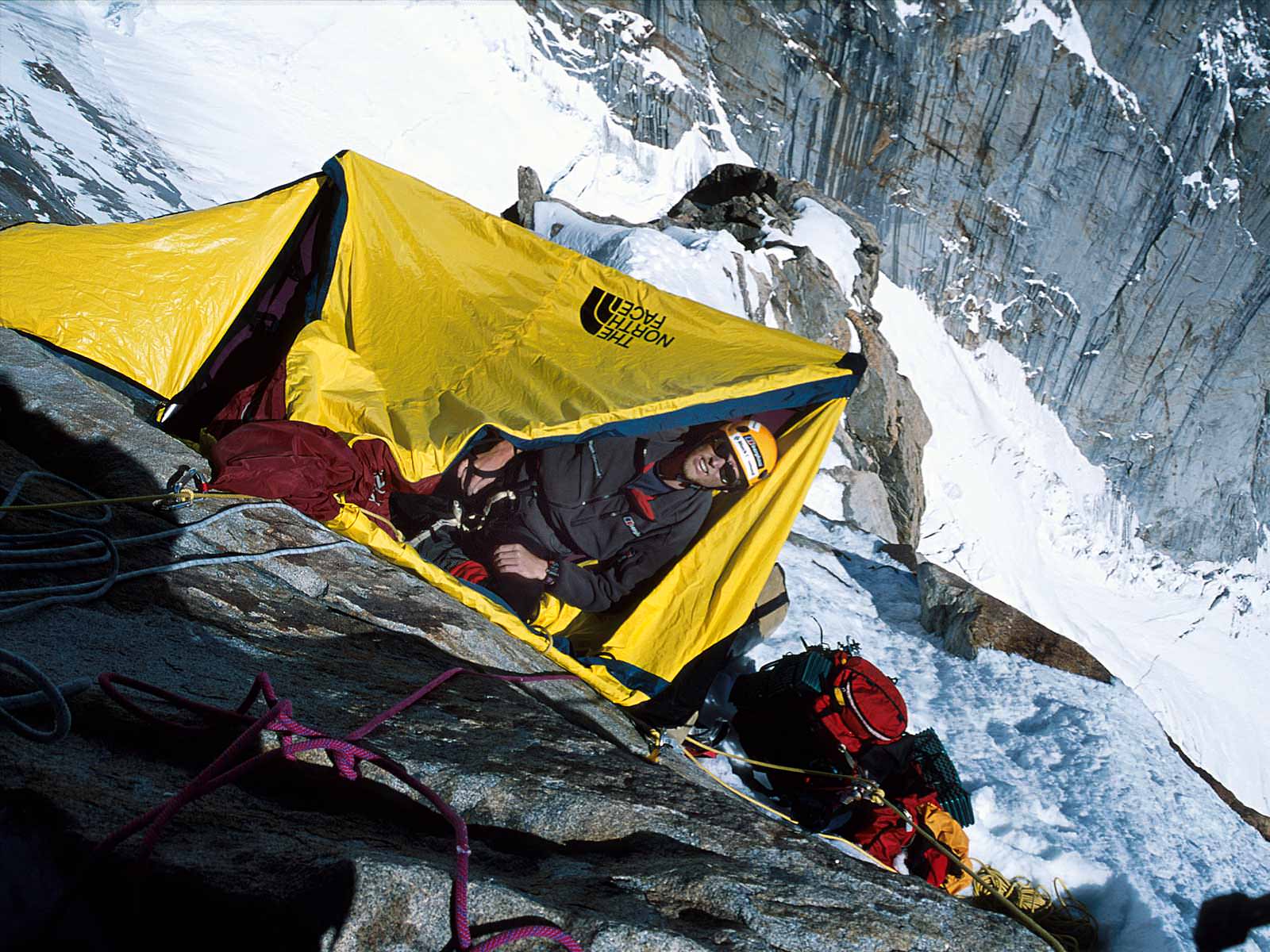 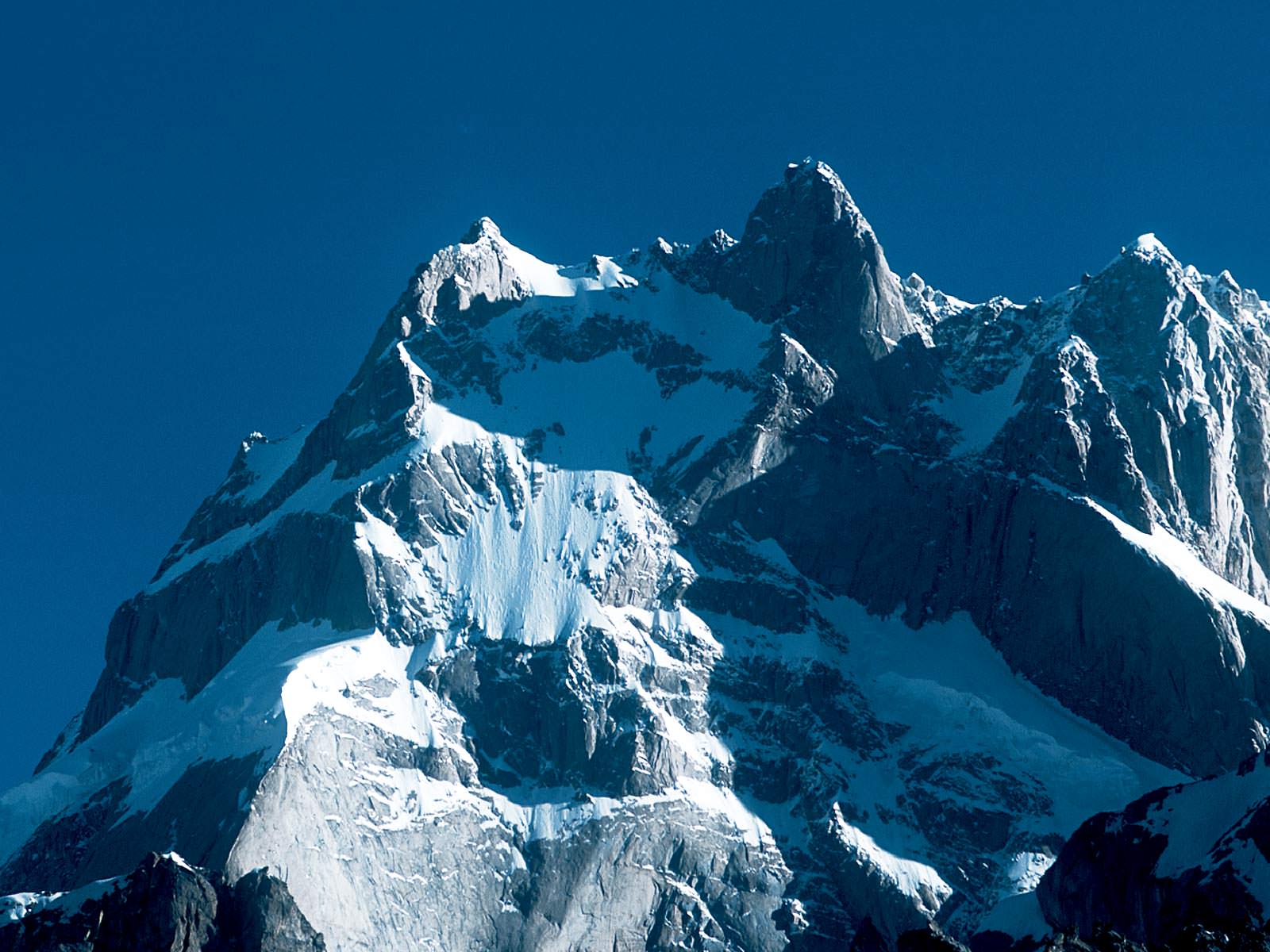 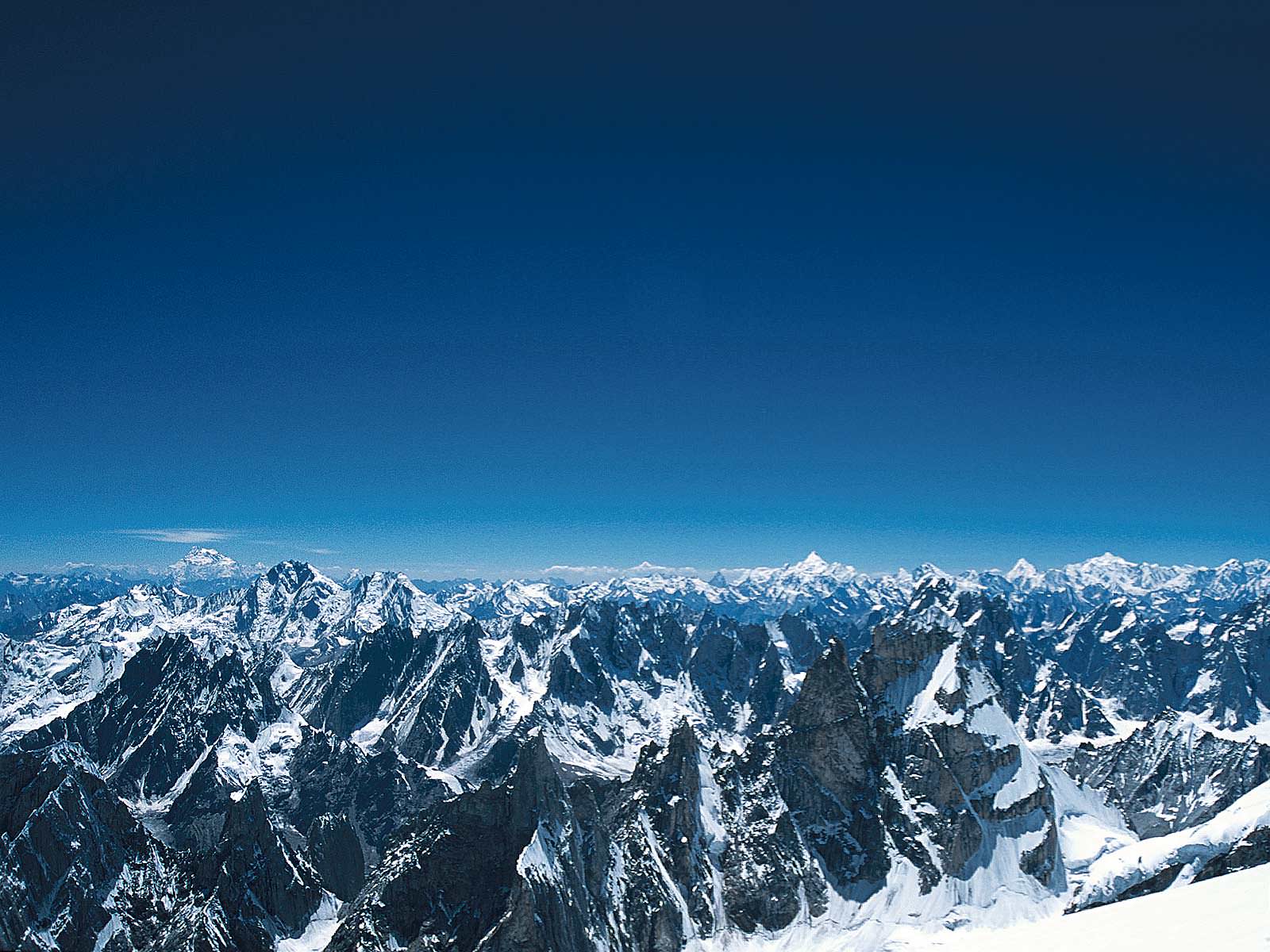 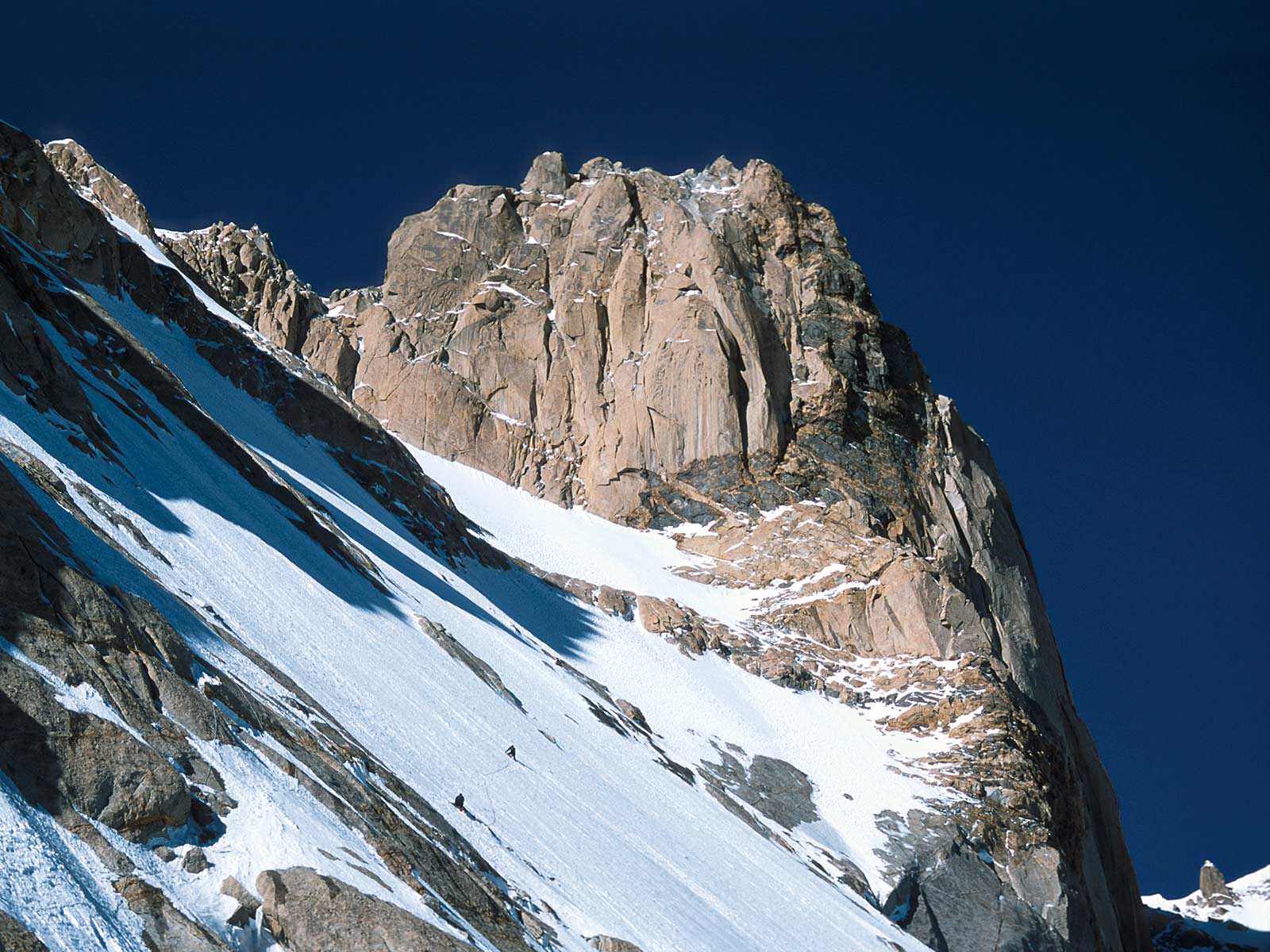 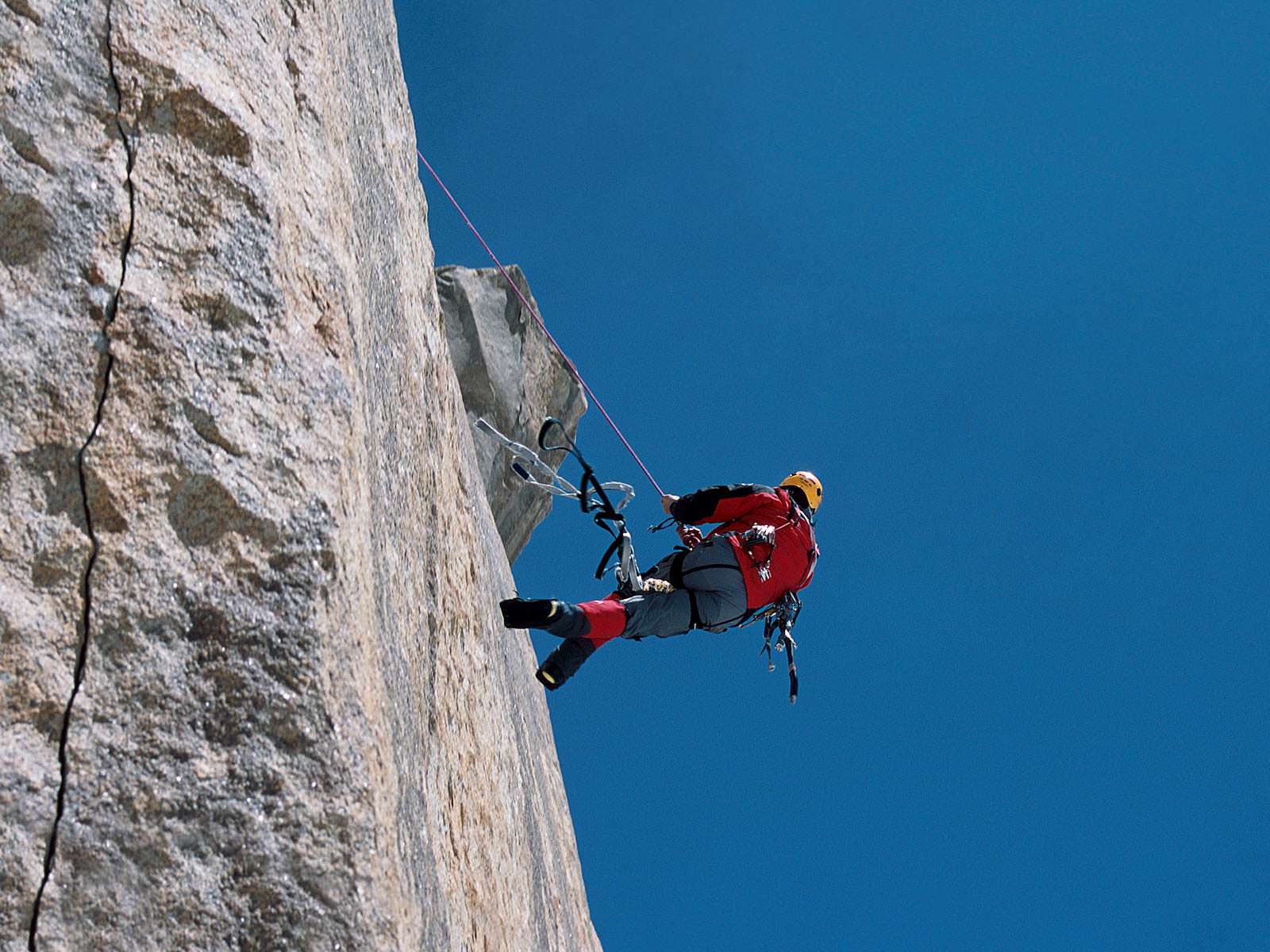 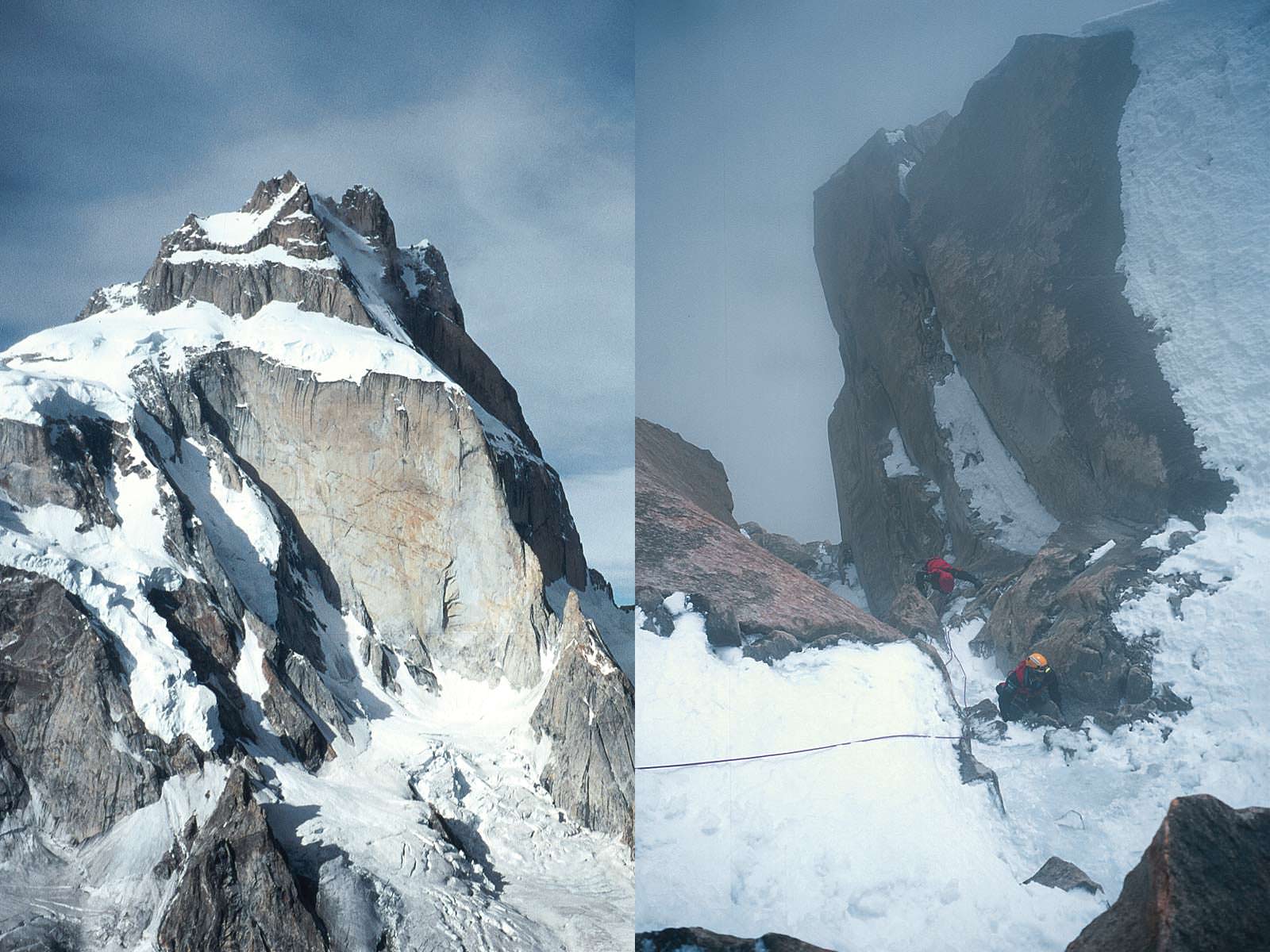 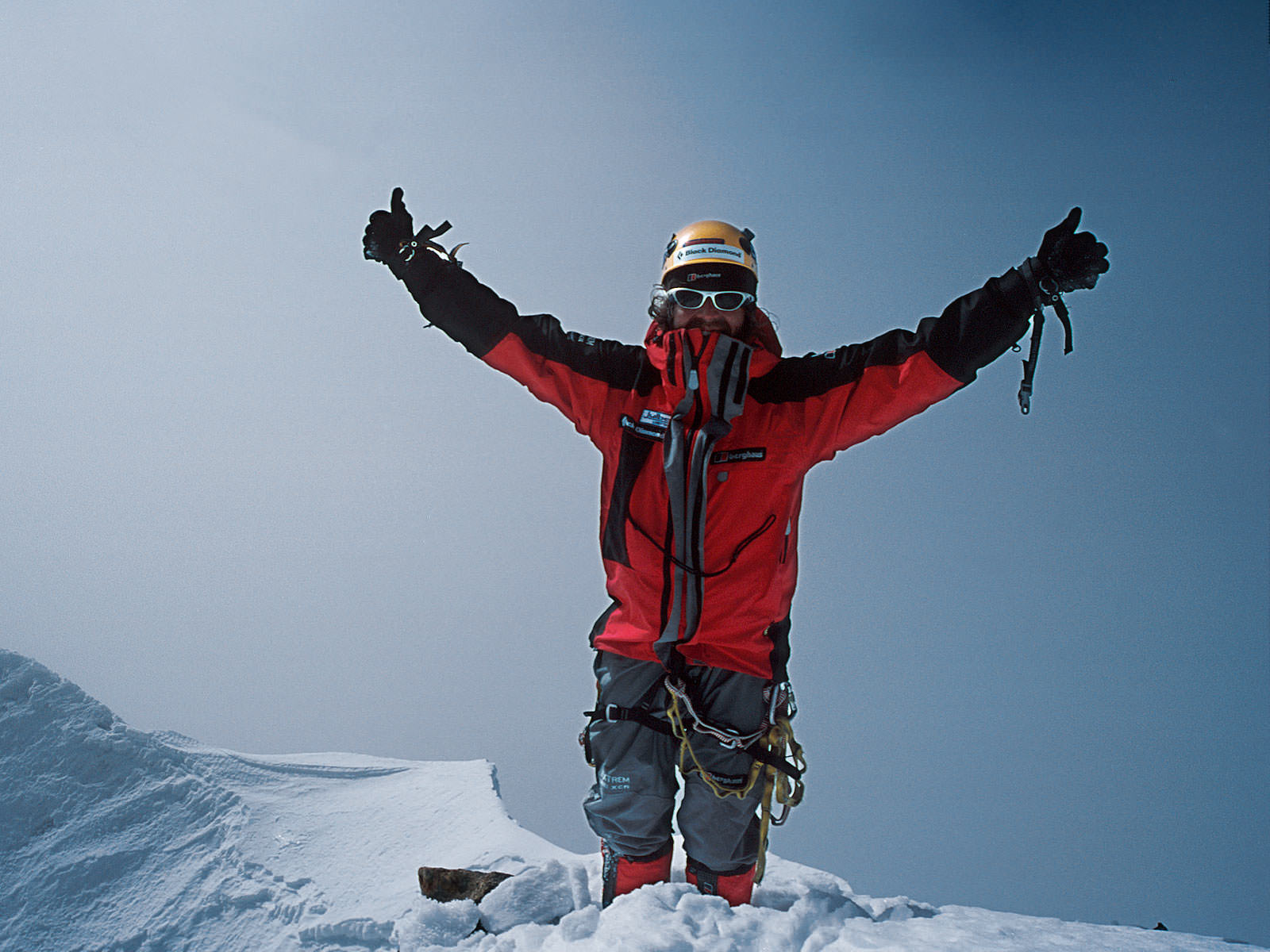 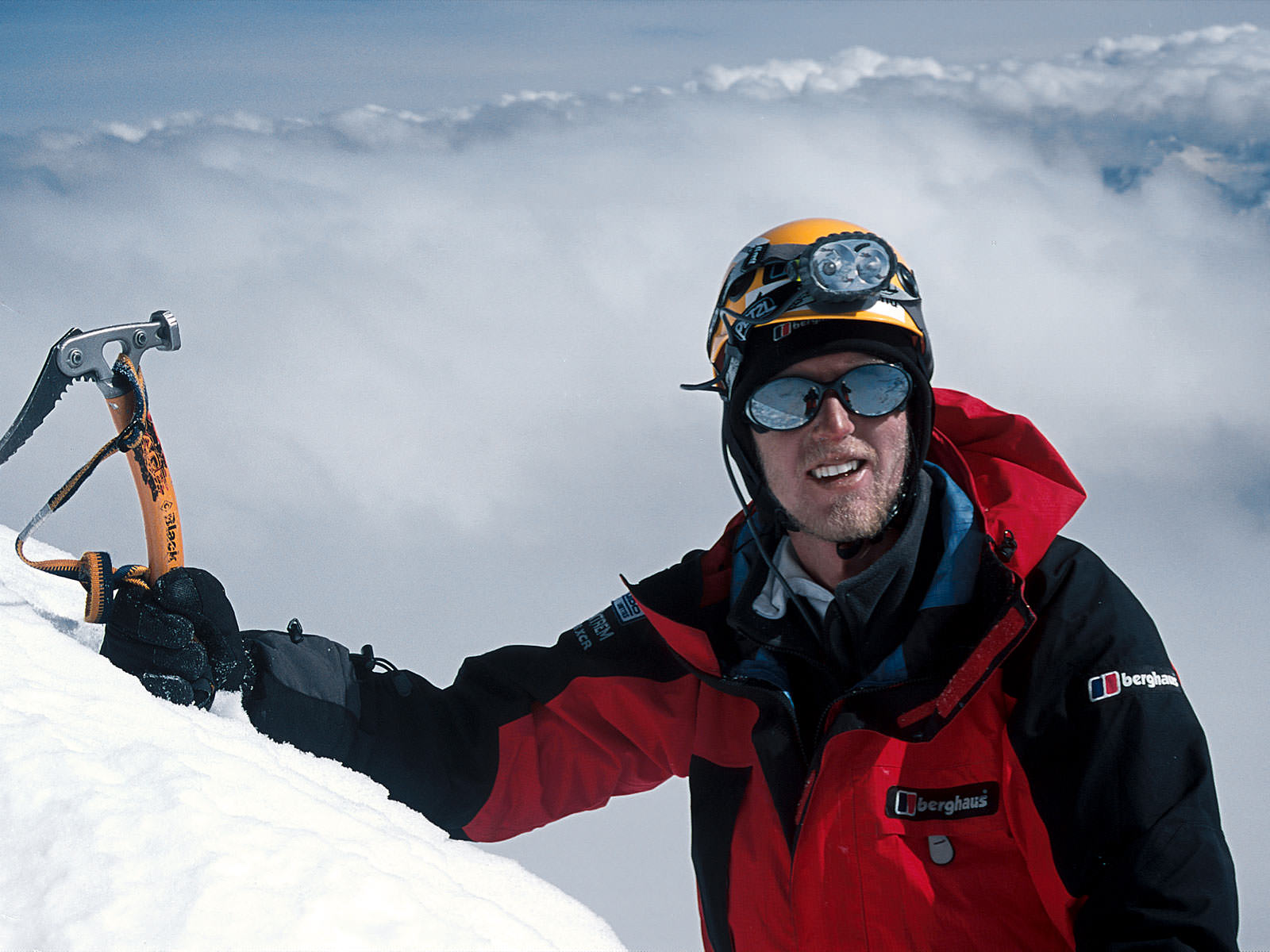 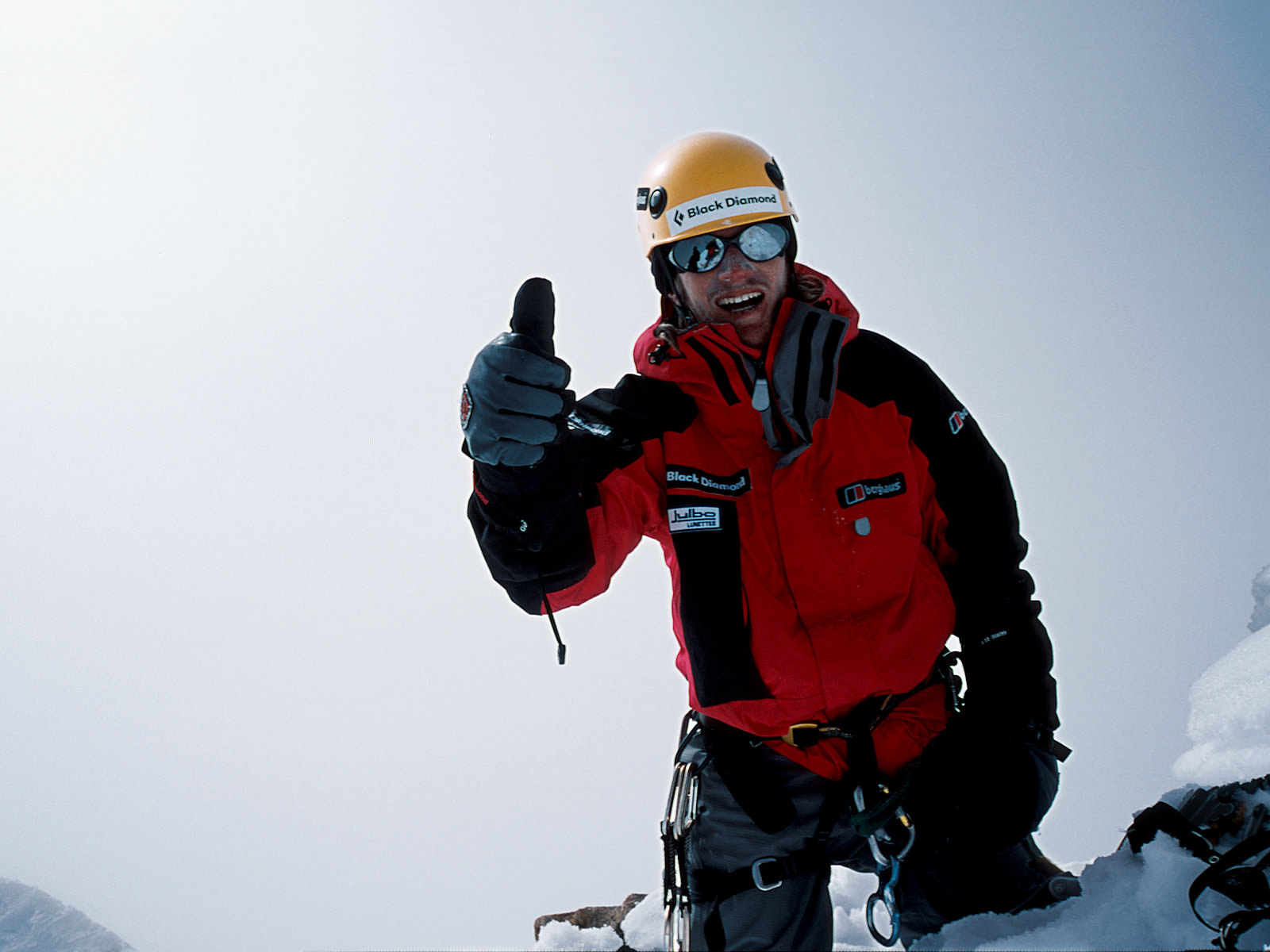 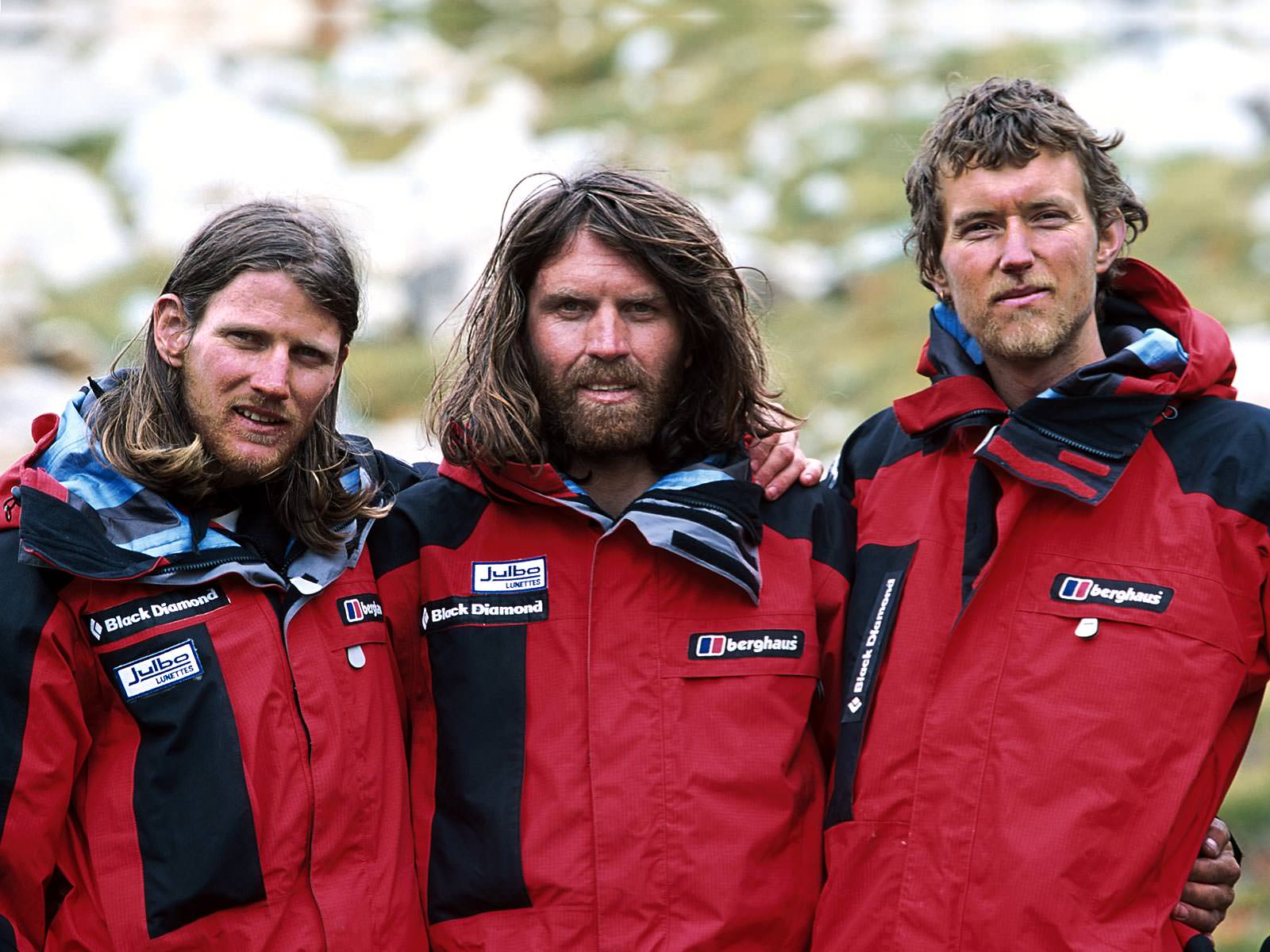 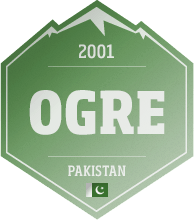 The Ogre in the Karakoram, the ugly giant that eats people, is the stuff of legends: mysterious, intimidating, dangerous. When the locals hear about the Ogre, they go silent. He is evil and brings bad fortune. No one wants to deal with him, they stay out of its way, and have an almost childish fear. The Ogre - the fairy tale giant from myths everywhere.

In the words of Reinhold Messner: »The Ogre, what a challenge! For a long time this Karakoram giant was considered unclimbable. All attempts were fruitless. That is until Chris Bonington and Doug Scott tried their luck. They reach the summit, both being among the most experienced mountaineers of their time: Good at high altitude, strong minded, skilled in both rock and ice, and tough as nails. That made the difference. The descent almost turned into a tragedy. Their way back down to base camp, Chris with broken ribs and Doug with broken legs, over the course of several days, became one of the most famous legendary episodes in the history of alpinism.
Thomas Huber made them immortal 24 years and several unsuccessful expeditions later, with a clever approach, incredible climbing skills, and the often-quoted talent to go for it, which always stems from healthy self confidence. He led a strong party up the monstrously beautiful Ogre.«

At first, though, things didn’t line up so well. In 1999, I failed with Toni Gutsch, Jan Mersch, and Alexander with our attempt at climbing the south pillar. As it happens so often, we didn’t have the necessary luck with the weather, and ended up on the long list of unsuccessful Ogre expeditions.

Two years later, I was back in base camp, back on the mountain of my dreams, or rather, my mountaineering obsession.  We were not alone, Urs Stöcker, Ivan Wolf and I shared base camp with two other expeditions. An American team led by Hans Johnsten and a South Tyrolean team led by Hans Kammerlander. All had come with the same goal of doing the second ascent of the Ogre.

It was quite a difficult situation! We decided against this race and focussed on the hitherto unclimbed Ogre III (ca. 6.900m). We made good use of the short weather windows and found a way through the heavily crevassed glacier to the base of the mountain. Hans Kammerlander had aborted his attempts in the meantime, and was headed to K2. It was only us and the Americans remaining in base camp. Soon, the weather was supposed to stay good for fours days. We headed up, but the Americans used the window for their attempt at the Ogre as well.

We followed steep couloirs, overhanging dihedrals, featured knife edge ridges and after two bivies, we stood on the summit of Ogre III. It was a perfect day, no wind, bluebird skies, and the view was fantastic. The day we summited the Americans were forced to turn around in bottomless snow at 6.500 meters. They joined us and 28 other teams in the »Club of the 30«. Shortly afterwards we were by ourselves in base camp, and everyone was eager to give it a shot.

The wish, to really want it bad, the passion, the wish to suffer for real to experience the truly special moment… all this got us to the summit of the Ogre two weeks later, 24 years after Chris Bonington and Doug Scott were here. What a moment, what an expedition!

Baintha Brakk or The Ogre is a steep, craggy mountain, 7.285 metres (23.901 ft) high, in the Panmah Muztagh, a subrange of the Karakoram mountain range. It is located in Gilgit-Baltistan, Pakistan. It is famous for being one of the hardest peaks in the world to climb: twenty-four years elapsed between the first ascent in 1977 and the second in 2001.

The Ogre rises above the north side of the Biafo Glacier, one of the major glaciers of the central Karakoram. It lies about 75 kilometres (47 mi) north of Skardu, the major town of the region, and about 30 kilometres (19 mi) north of the roadhead at Askole.

Following two unsuccessful attempts in 1971 and 1976, the peak was first climbed by two Britons, Doug Scott and Chris Bonington, in 1977. They climbed via the Southwest Spur to the West Ridge, and over the West Summit to the Main Summit. The ascent of the summit block required difficult rock climbing that extended the boundaries of what had been done at over 7.000 metres (23.000 ft).

The descent proved more dangerous still: On the first rappel from the summit, Scott broke both legs. Later, Bonington broke two ribs and contracted pneumonia. Also, much of the week-long descent to base camp was in a major storm. However, they were all able to reach base camp, where they had a long wait for assistance.

The second ascent of The Ogre was made by Urs Stöcker, Iwan Wolf, and Thomas Huber, on 21 July 2001, via the South Pillar route, following their first ascent of the subsidiary peak Ogre III. They note that there were more than 20 unsuccessful expeditions in the interim. Mountain INFO magazine characterized their ascent as »arguably the most notable mountaineering achievement during the entire 2001 season.«

To the summit on the Bonington-Scott-Route: 5.9/A1

Our “agency recommendation” for expeditions and trekking in India: