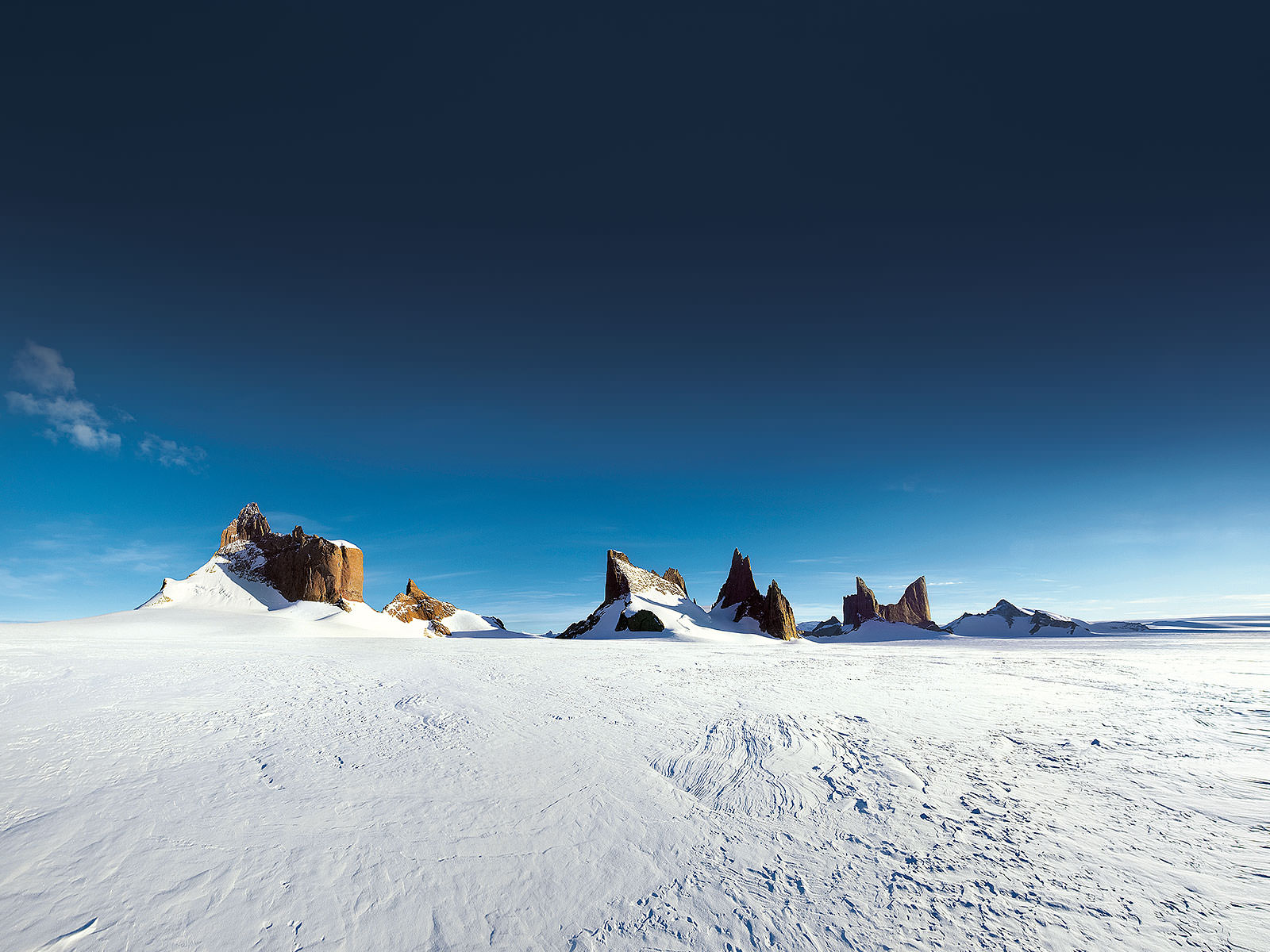 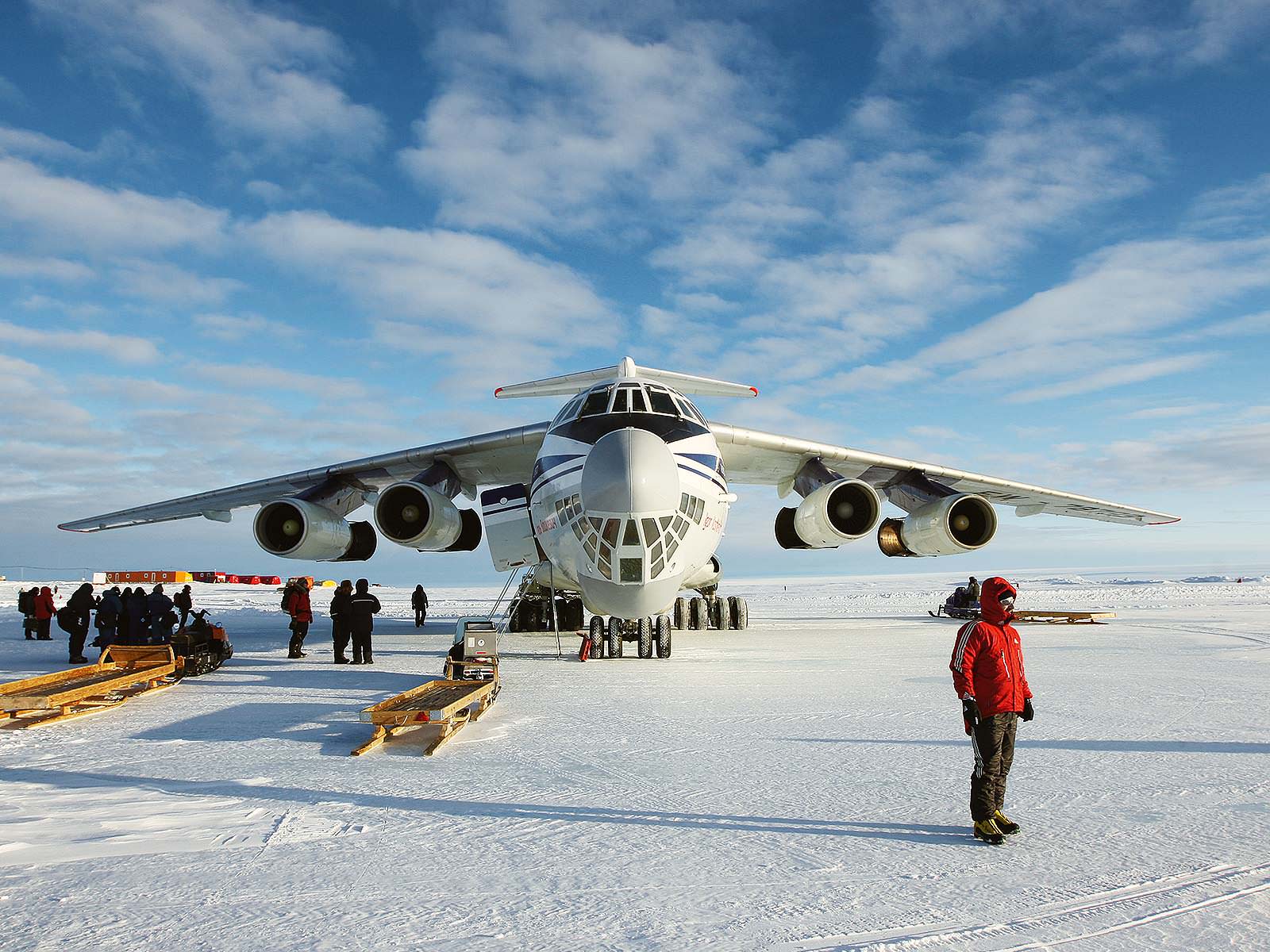 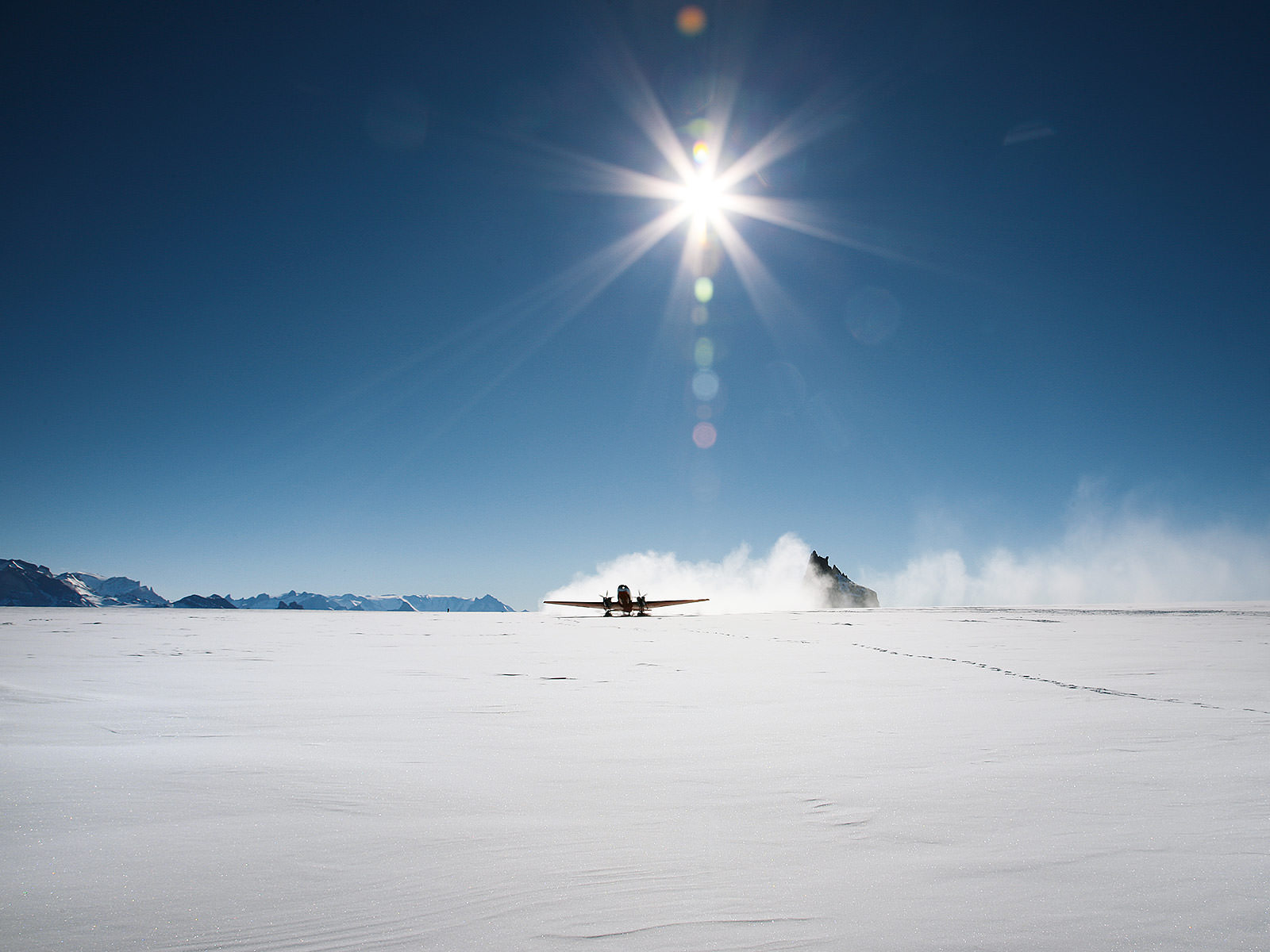 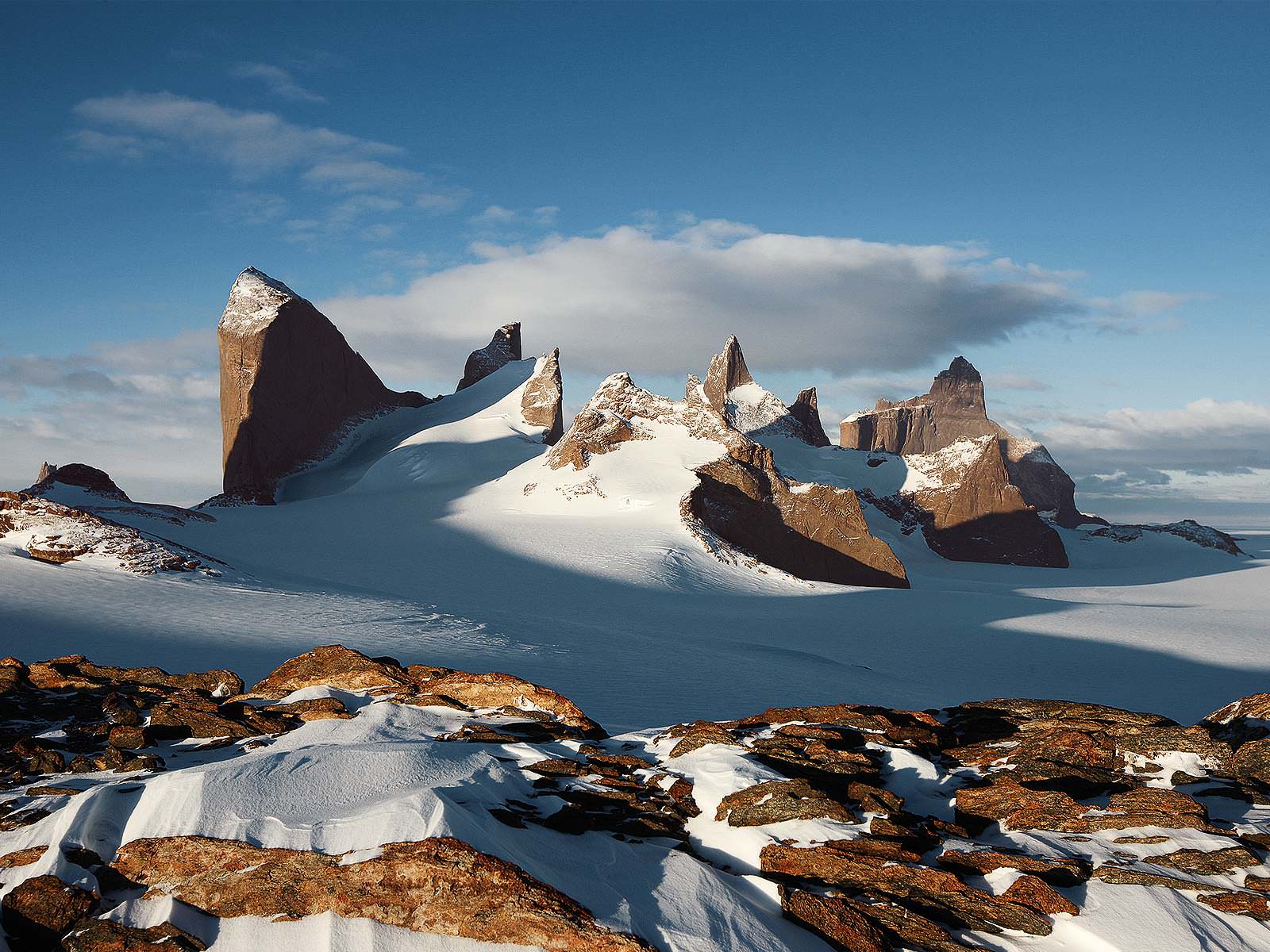 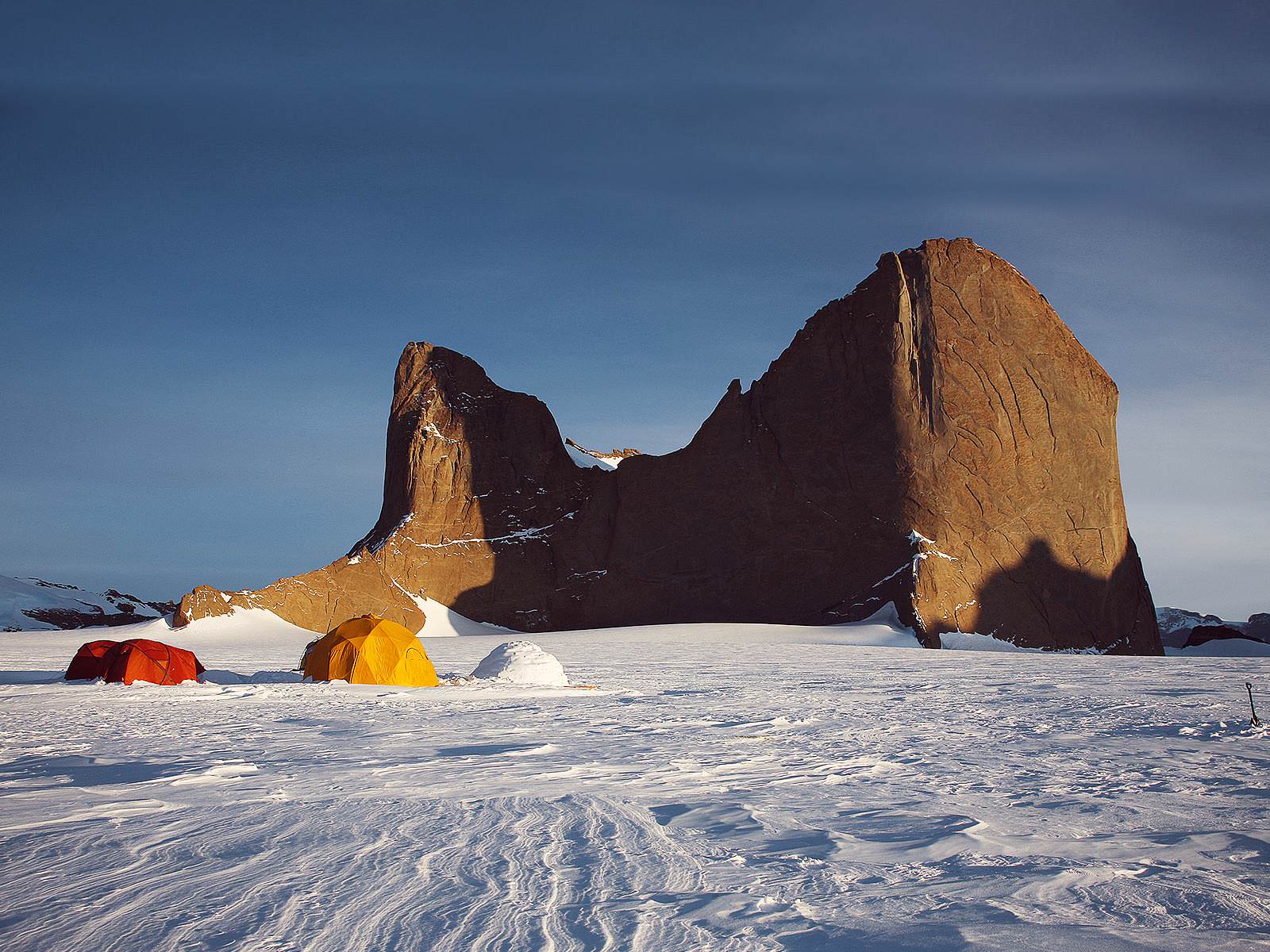 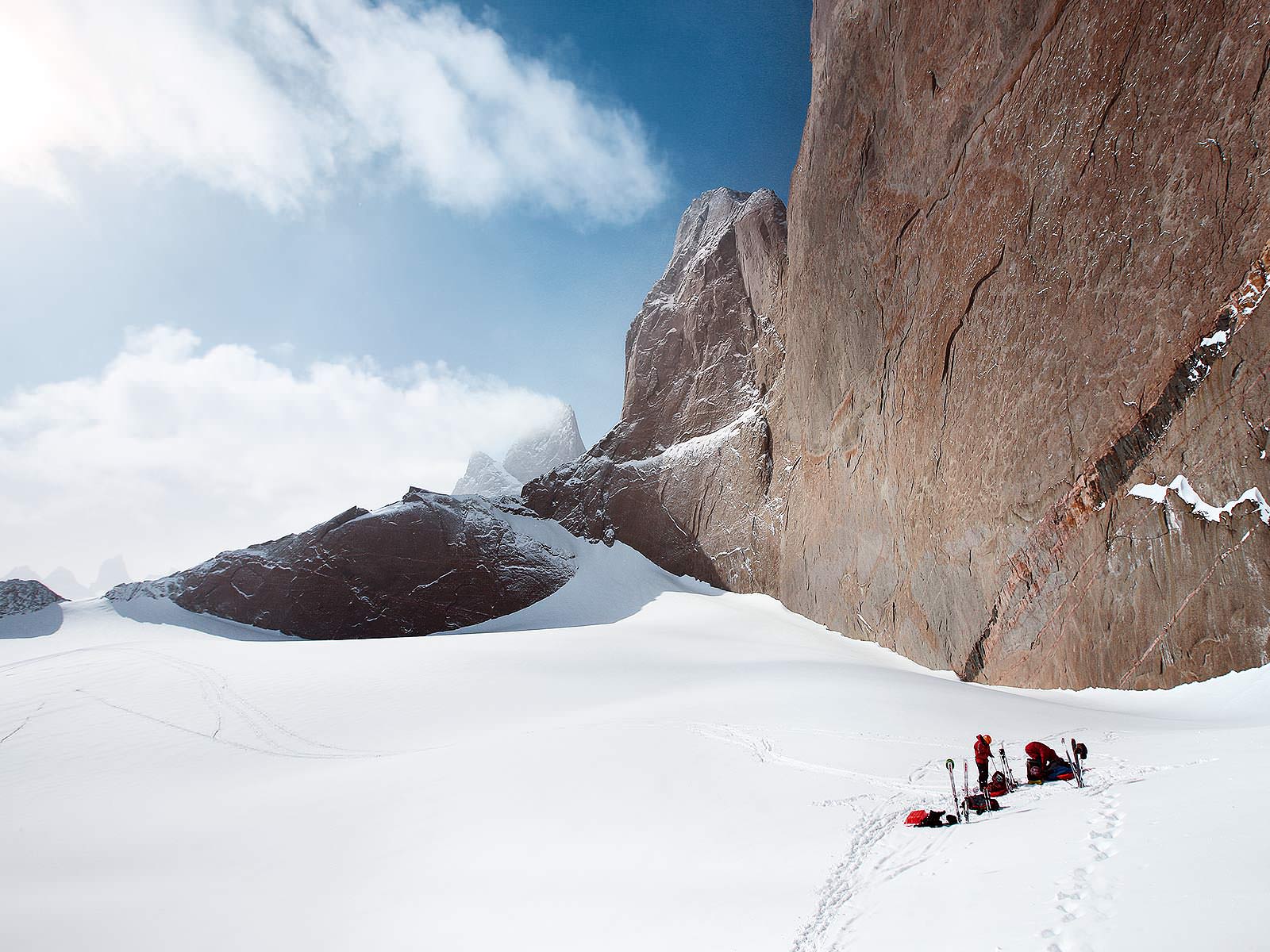 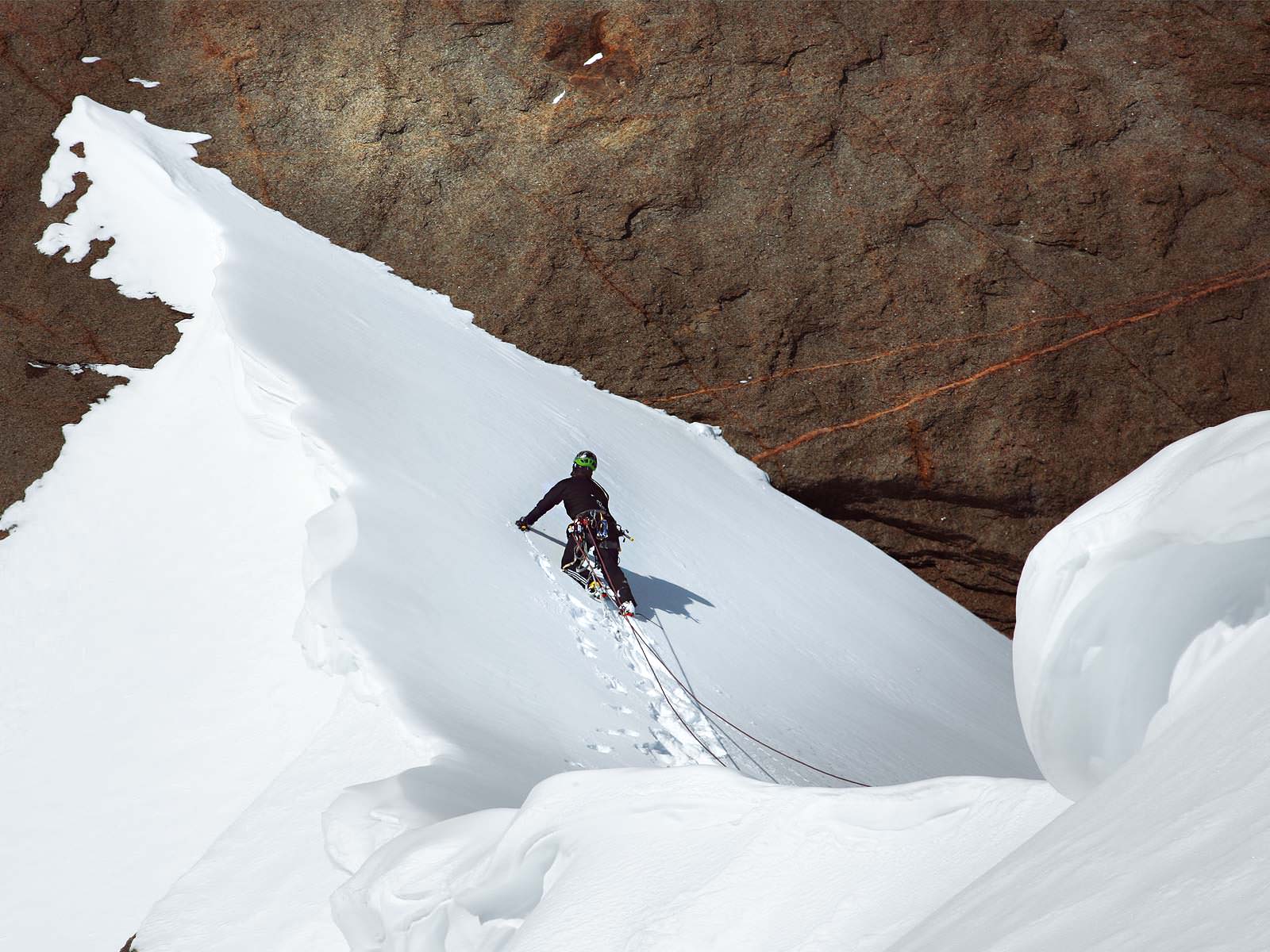 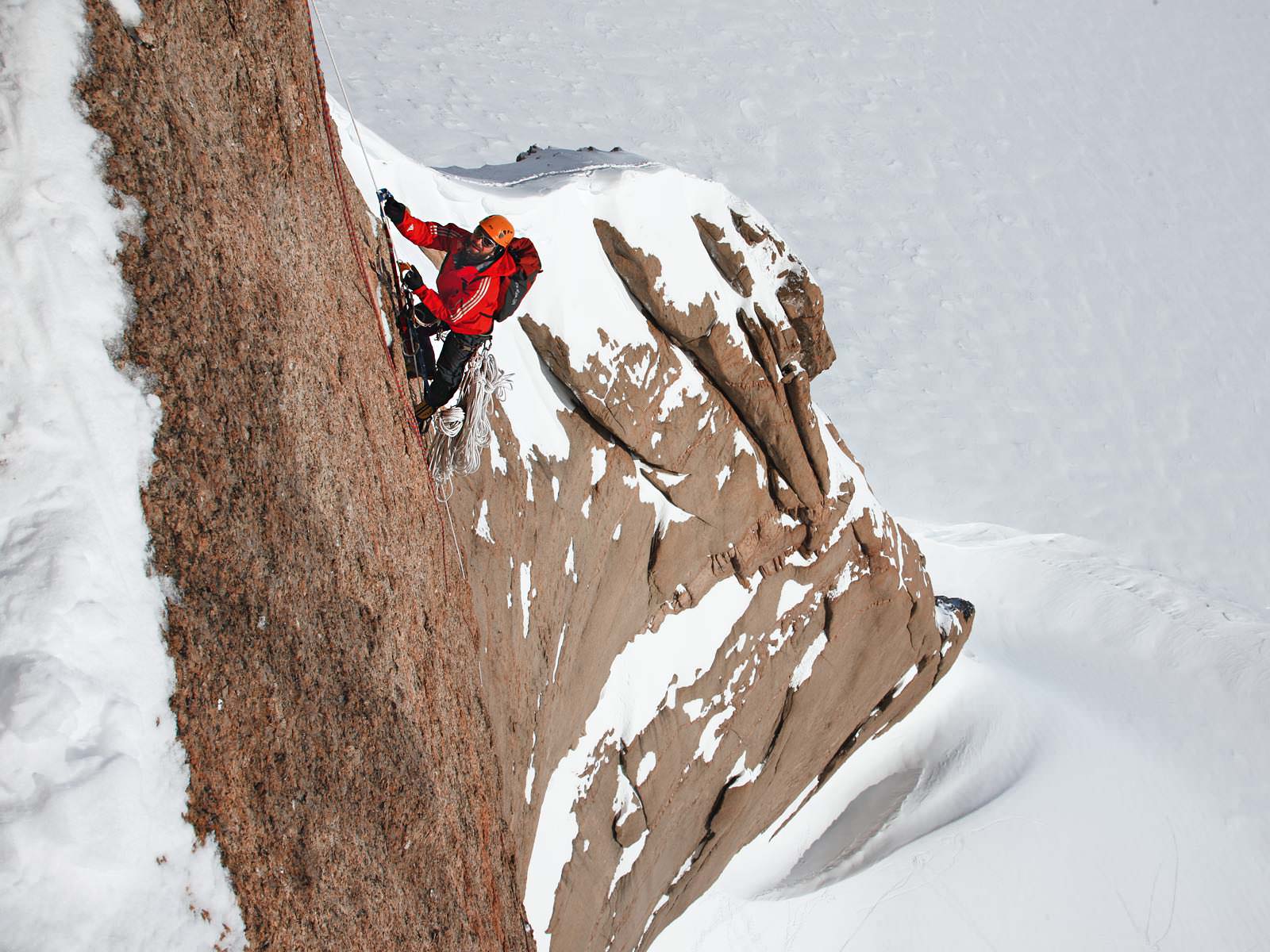 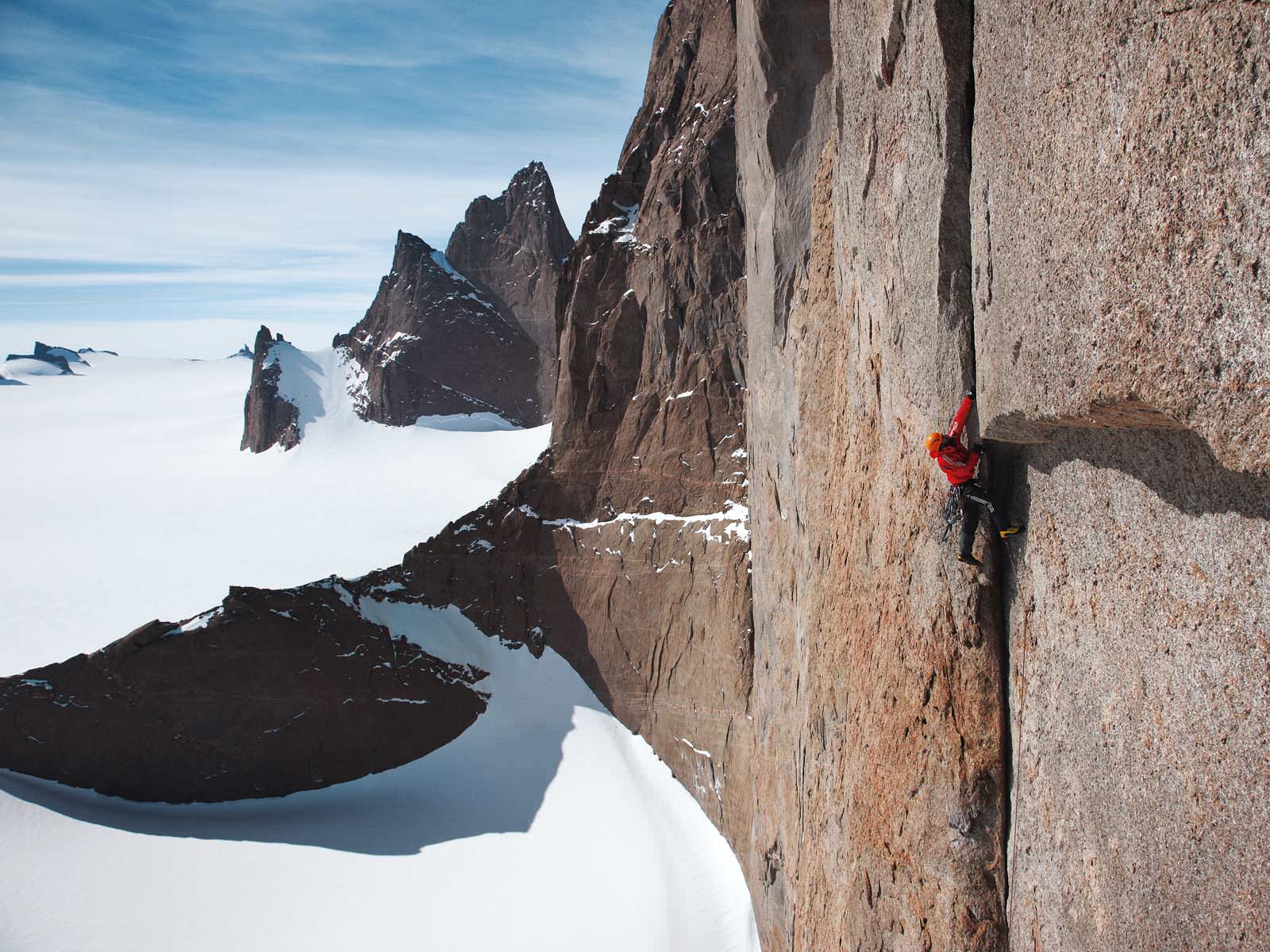 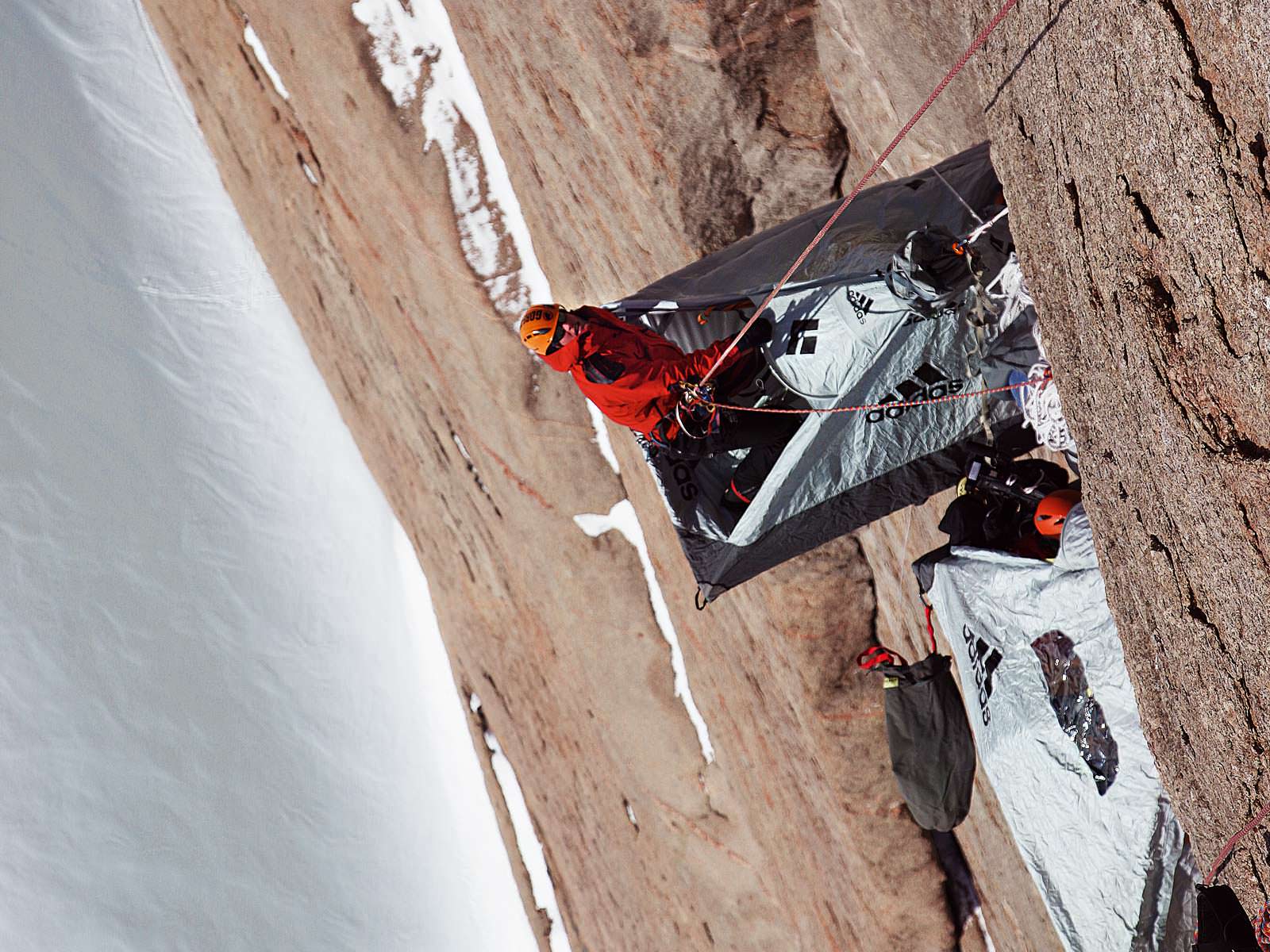 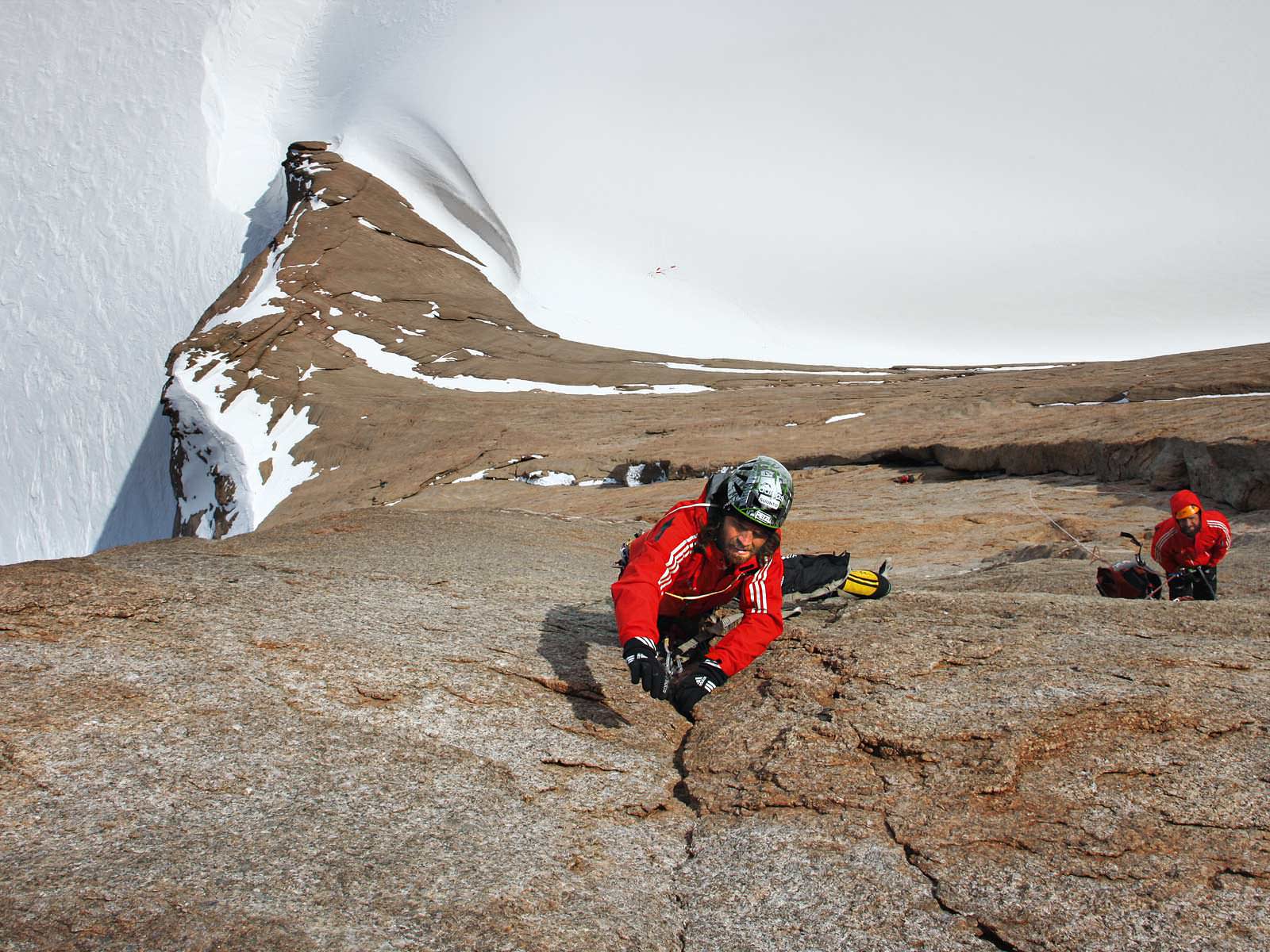 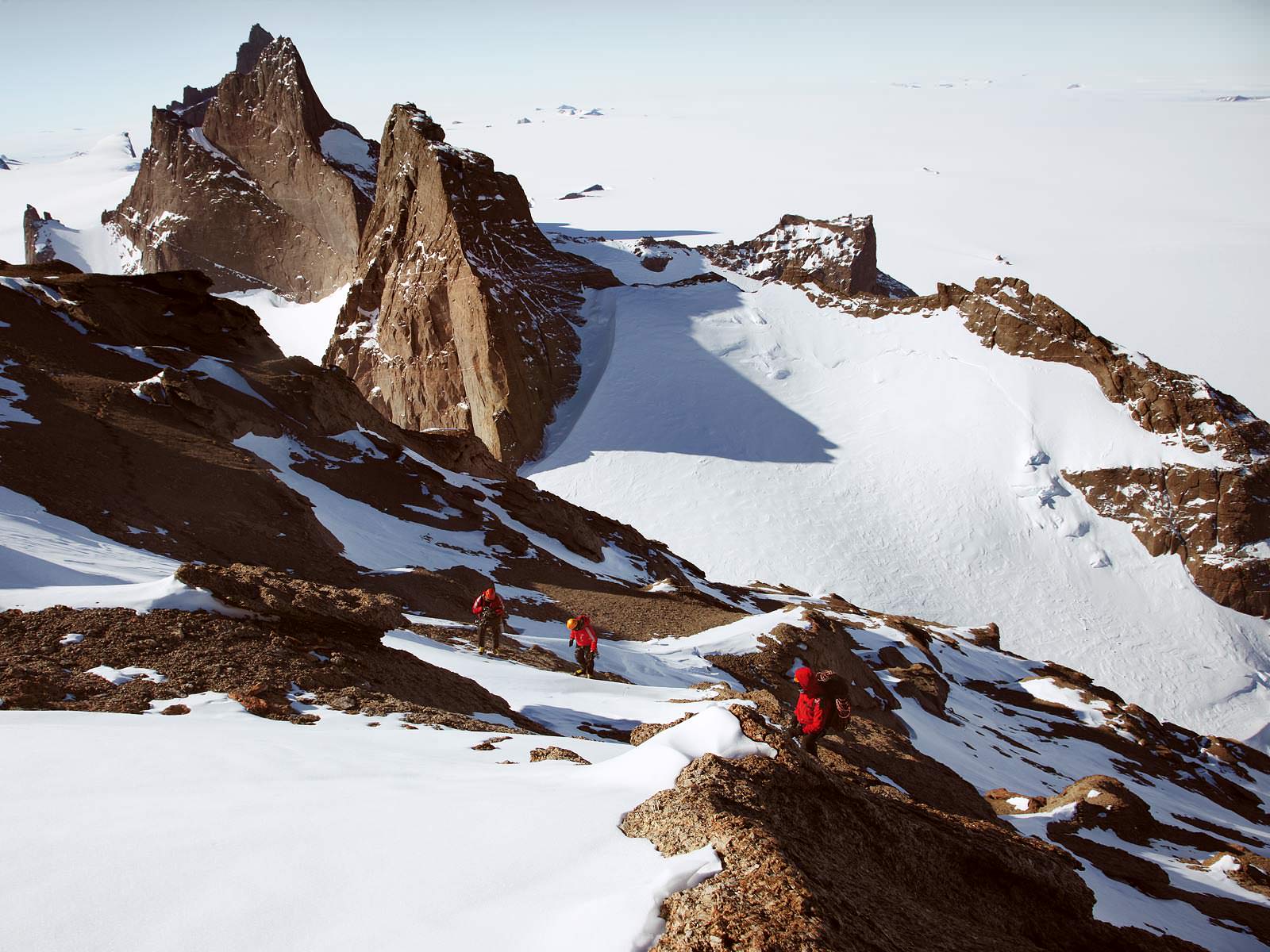 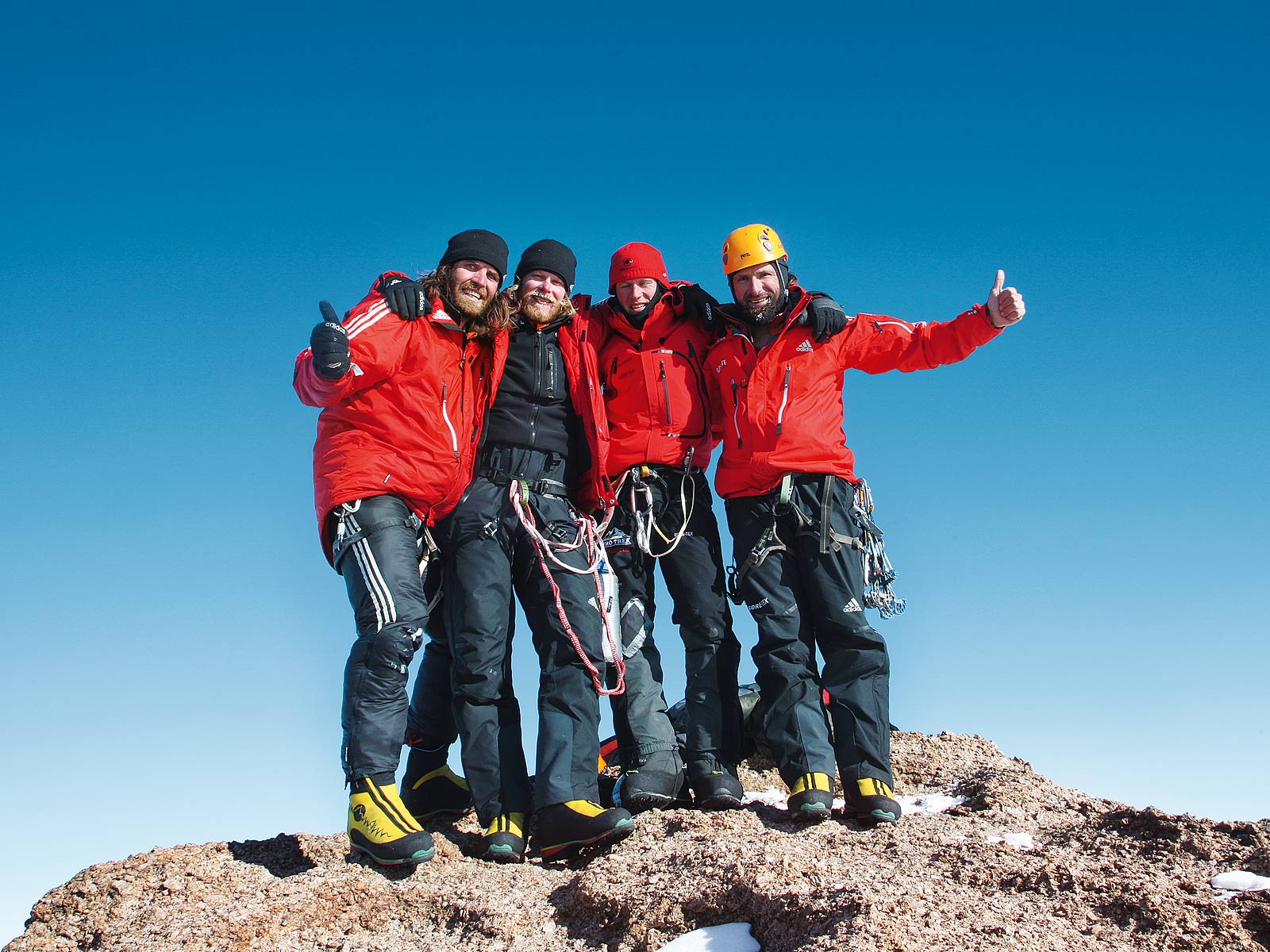 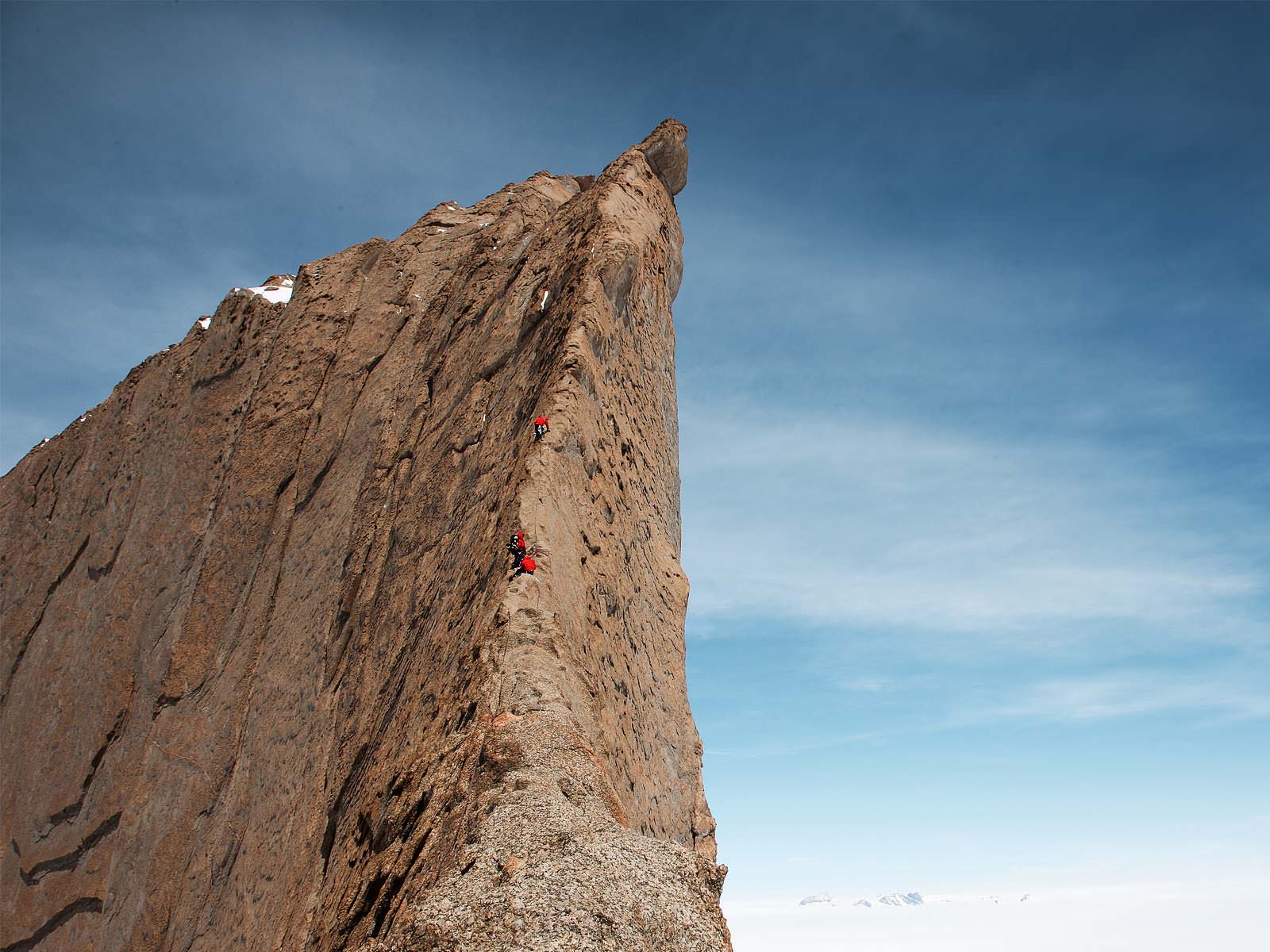 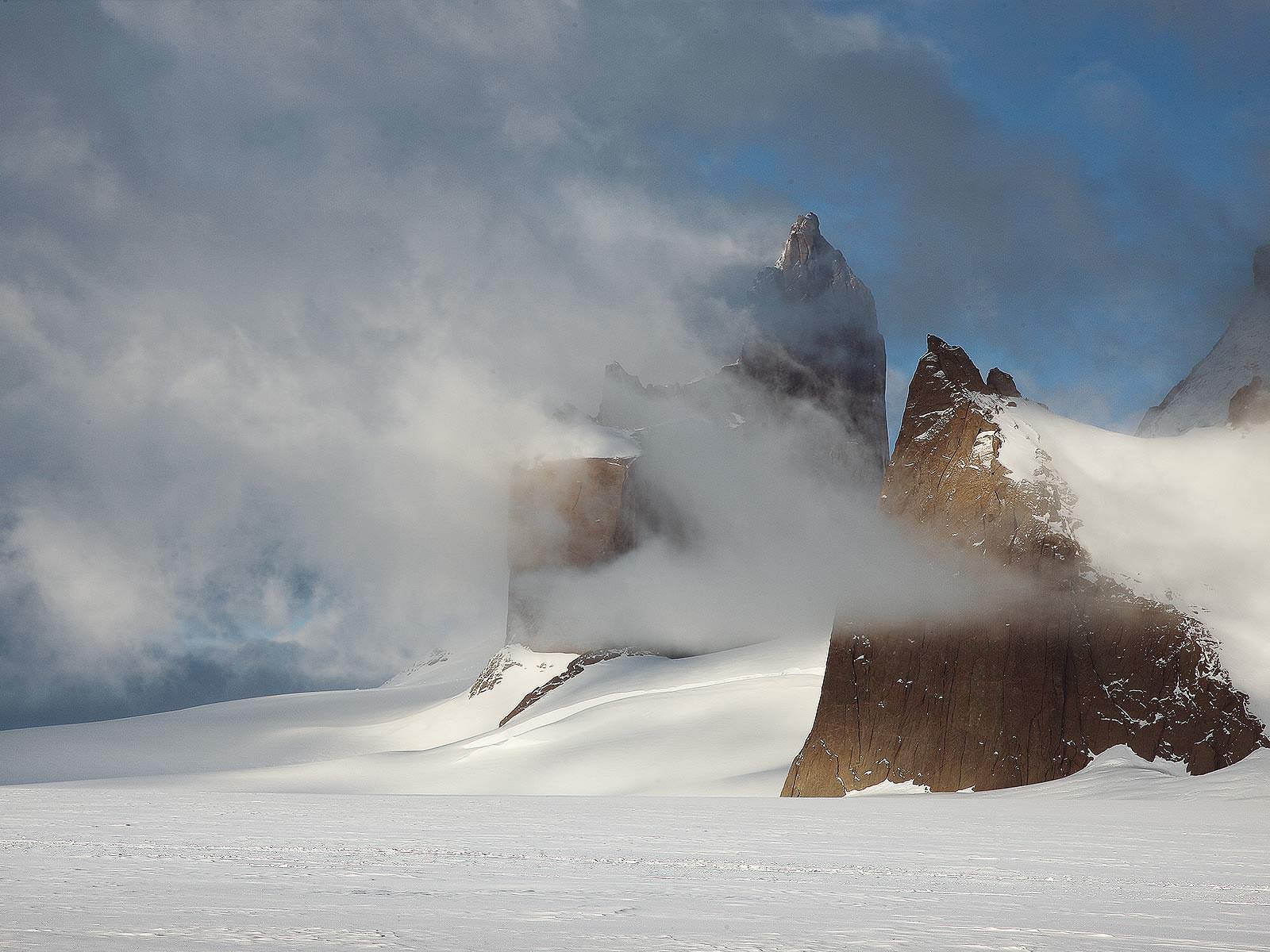 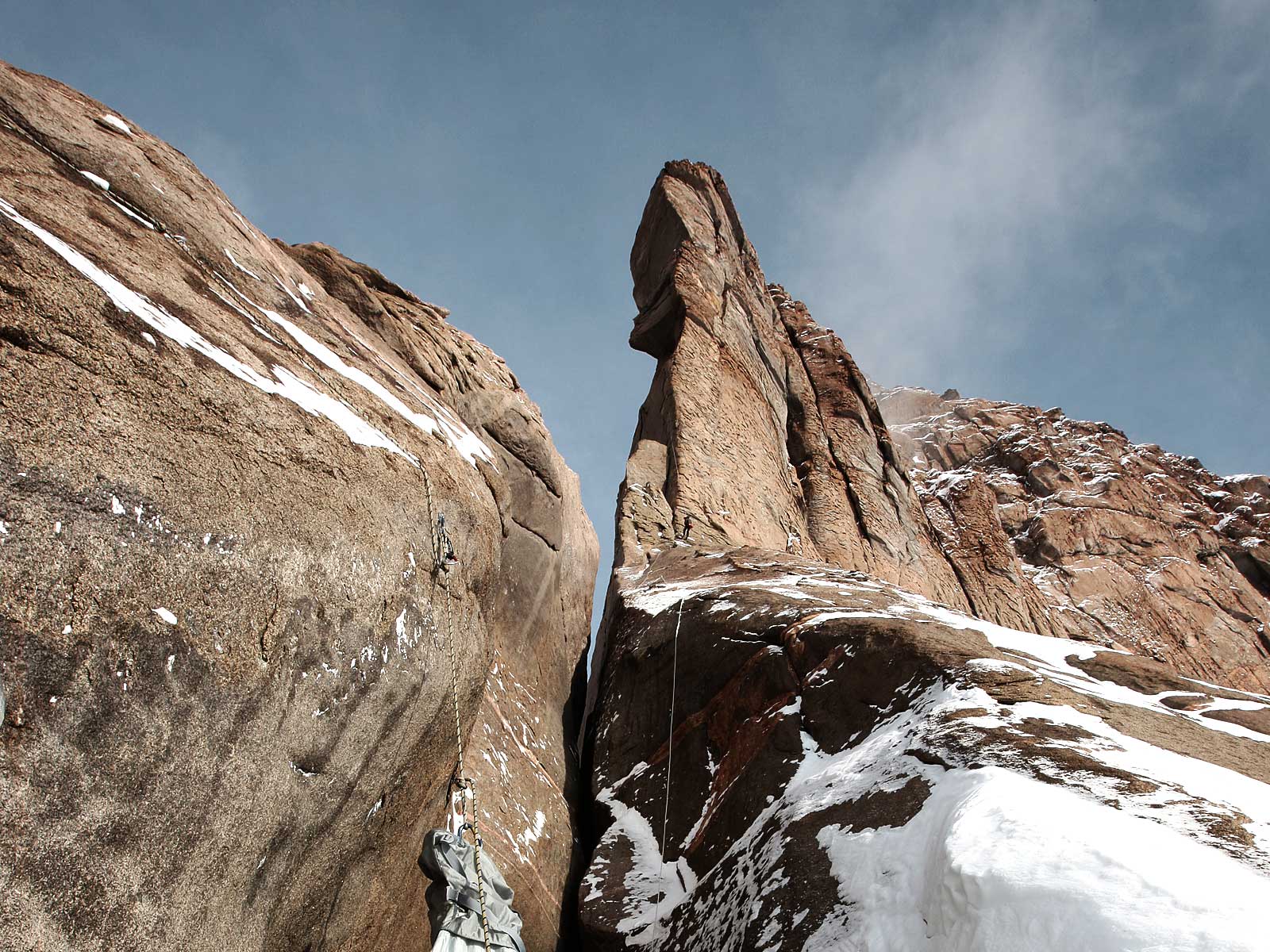 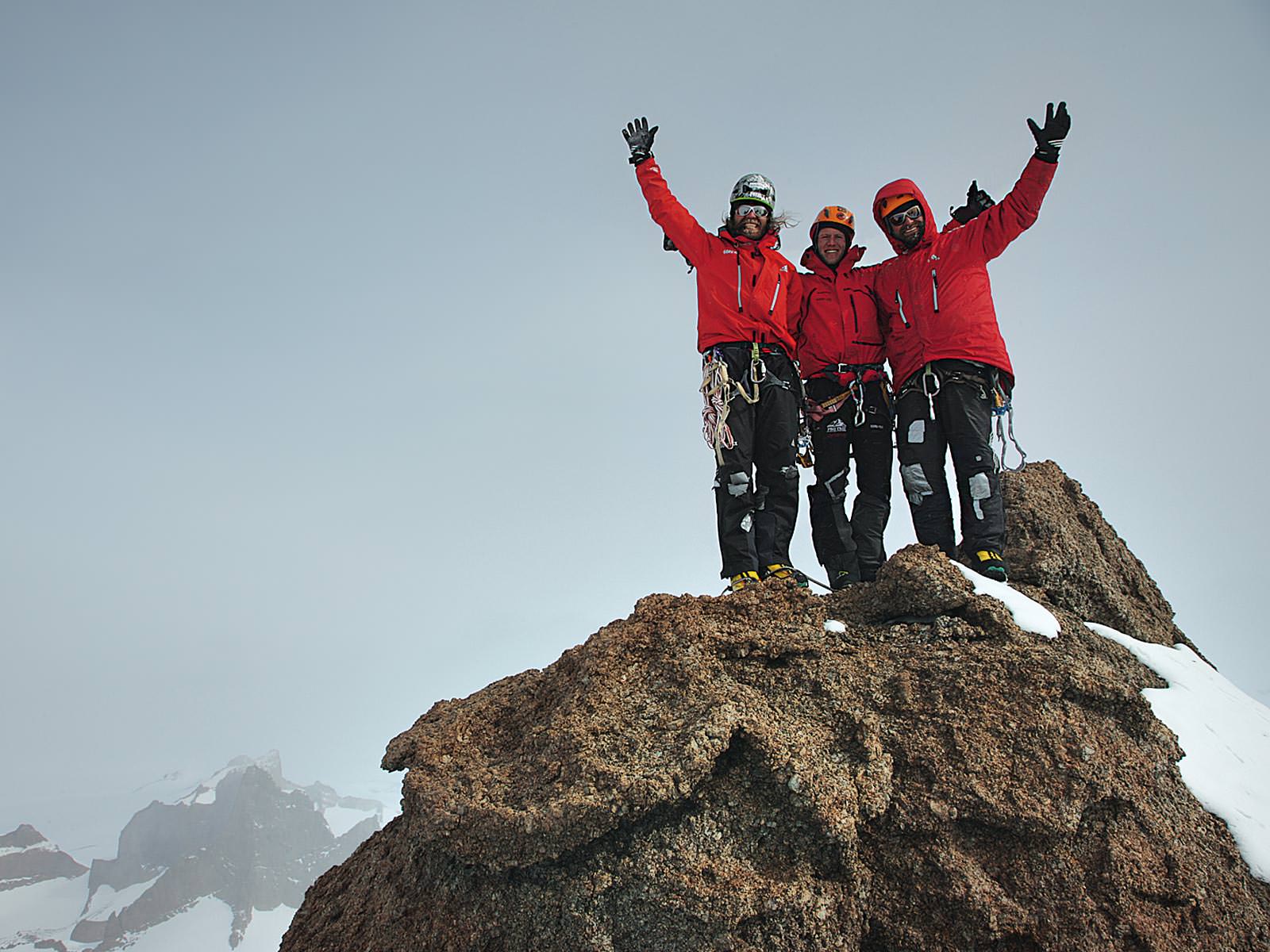 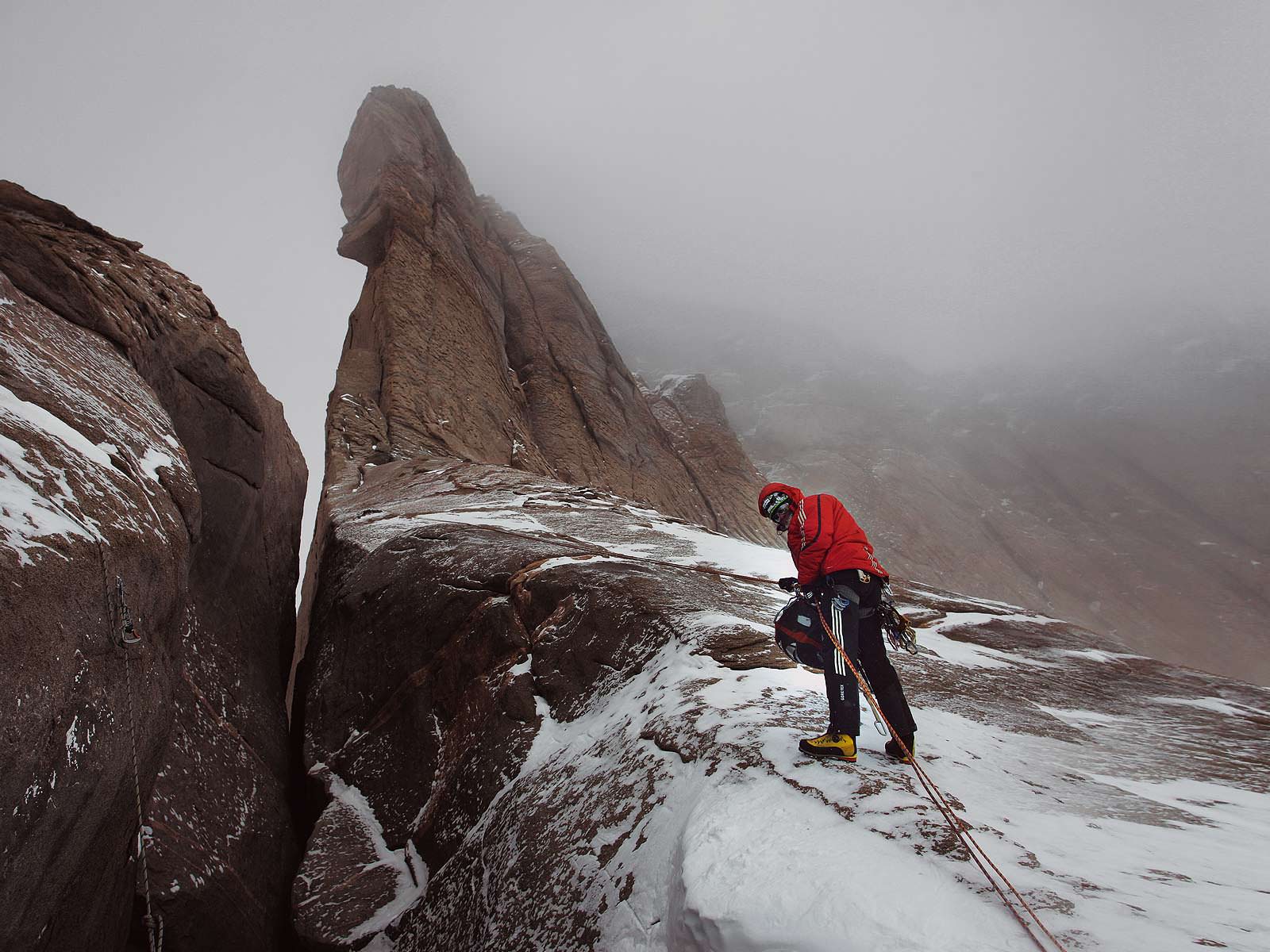 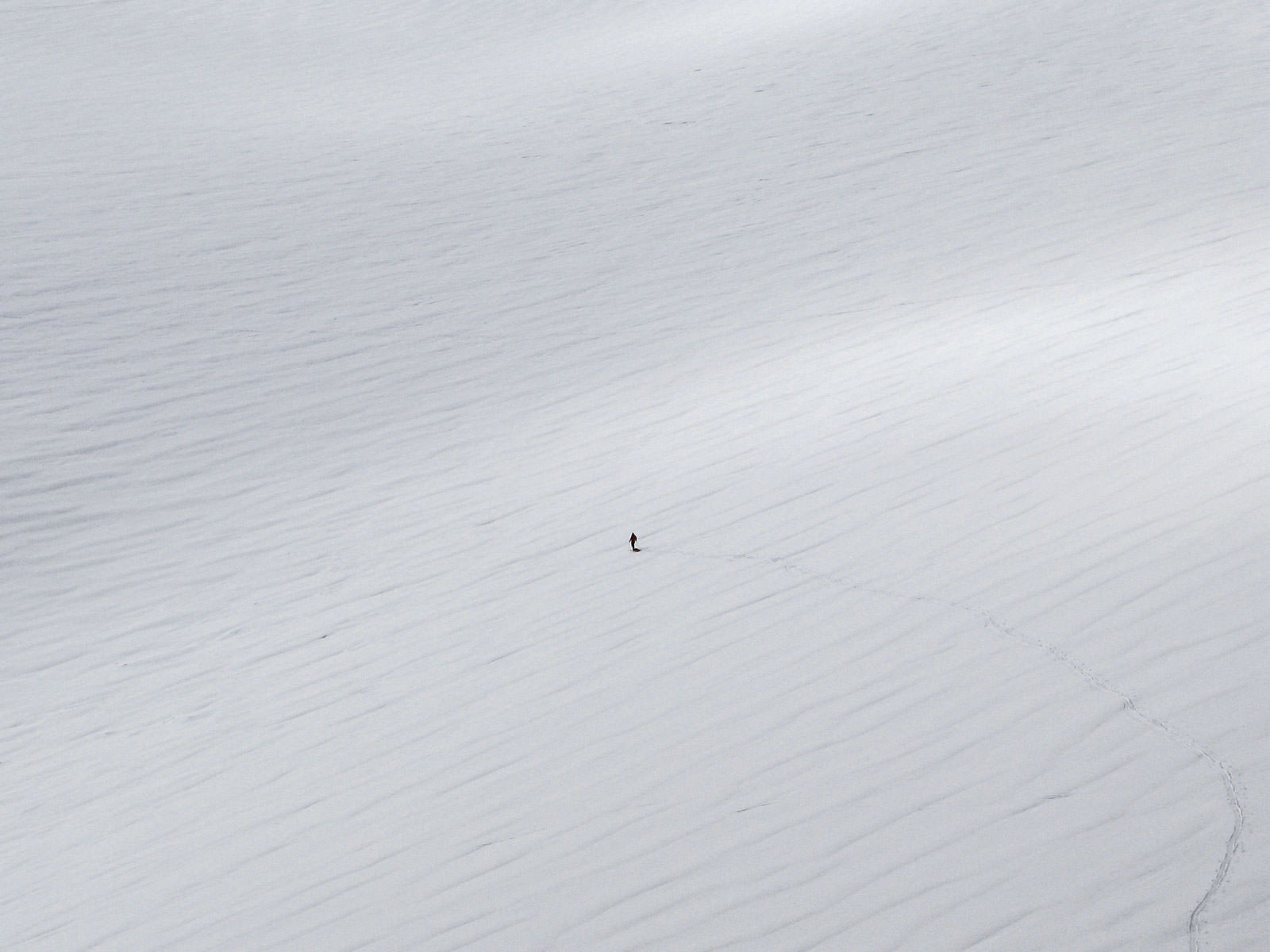 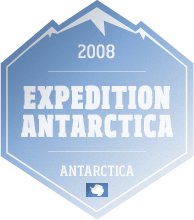 CLIMBING IN LAND OF THE PERPETUAL ICE

Average temperatures of -25º with a low of -52º, and a high of -5º Celsius (T-Shirt Weather!), several storms, much more unsettled weather than we expected, no sun sets… One has first got to get used to these harsh conditions. But attempting a vertical big wall that is 750 meters high, free climbing when possible, is a plan that motivates us to put all our energy and passion into the project.

In November and December 2008 we travel to Queen Maud Land deep in Antarctica for 6 weeks. We are accompanied by our friend Stephan Siegrist. Just like for the movie »To The Limit«, Max Reichel from Bayrisch Gmain in Bavaria was along to document our time on the freezing cold wall with his camera.

In Queen Maud Land, jagged spires, towers and pillars rise straight out of the sea of ice like nowhere else in the world. These Nunatakks are only the very top of a mountain range whose summits spike through the ice cap, which is several kilometres thick. They form spectacular granite mountains that stand in the apparently endless white glacier landscape like missiles.

The most impressive mountain in Queen Maud Land is undoubtedly the 2.931 meters high Ulvetanna - a perfect Pyramid that is steep on all sides and presents a very intimidating, demanding challenge. It’s for good reason that the Ulvetanna is considered the most difficult peak in Antarctica.

Besides the Ulvetanna we were most interested in the unclimbed west face of Holtanna. It’s a very gnarly big wall, 750 meters high, overhanging, not to mention the extremely low temperatures in Antarctica.

We planned to spend six weeks on our journey into the unknown. Despite thorough research and discussions with members of previous expeditions to Antarctica, we didn’t know whether or not we would achieve our goal until we had a first closer look at the Holtanna west face…

We found and climbed a line up the 750-meter-wall - but we soon abandoned our free climbing ambitions considering the extreme temperatures that we had to deal with. It was cold, very cold, much harder and more difficult than we had anticipated, but our first ascent up the west face became a jewel despite the extreme conditions: Eiszeit, 24 pitches with difficulties up to 7+(5.11) and A4.

A week later we managed the first free ascent of Holtanna by climbing up its north buttress. Even though the difficulties were moderate at 5.10, the route, which we called Skywalk, could not be more beautiful.

At the beginning of December, the weather changed and it was bad for a while. We had to be patient. Waiting was the name of game… waiting for decent weather. We had another big goal and towards the end of our expedition we were lucky with the weather once again. Over two days, we climbed the northwest buttress of Ulvetanna, doing the first ascent of an insanely cool route. Sound of Silence, 5.11/A2, was the cherry on the cake on the most beautiful expedition of our careers.

Objectively speaking, we may not have fully reached our goal of doing a difficult free climb in Antarctica. But when it’s -20º Celsius, an easy 5.10 becomes 5.12 and 5.12 becomes impossible, and most of the time it was even colder than that! Don’t ask! Thus we tried hard, and did it - we’re super happy!

Antarctica is Earth's southernmost continent, containing the geographic South Pole. It is situated in the Antarctic region of the Southern Hemisphere, almost entirely south of the Antarctic Circle, and is surrounded by the Southern Ocean.

At 14.0 million km2 (5.4 million sq mi), it is the fifth-largest continent in area after Asia, Africa, North America and South America. For comparison, Antarctica is nearly twice the size of Australia. About 98% of Antarctica is covered by ice that averages at least 1.9 kilometres (1.2 mi) in thickness,which extends to all but the northernmost reaches of the Antarctic Peninsula.

Antarctica, on average, is the coldest, driest, and windiest continent, and has the highest average elevation of all the continents.

More information in our online-shop